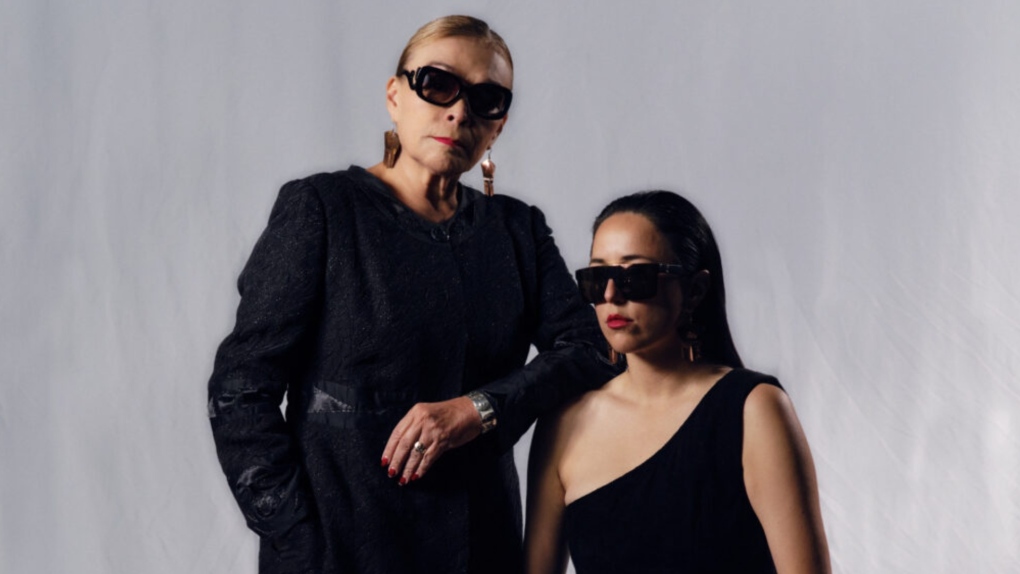 Rekindling joy in the face of grief is the goal of the 2022 Vancouver Indigenous Fashion Week, which is returning to the city after a two-year hiatus due to COVID-19.

For its third edition, VIFW will be spotlighting 32 Indigenous fashion designers from across the continent in a series of runway shows between Nov. 28 and Dec. 1 at Queen Elizabeth theatre.

“When the potlatch was banned, when the government decided to place our kids in residential schools, everything was to be put away,” Baker told CTV News ahead of Monday’s premier event.

“A lot of the time the masks and the regalia were confiscated, so now as designers we’re able to showcase and walk with our ancestors to bring these pieces alive,” Baker said, adding the looks will range from haute couture to ready to wear and street wear.

“These celebrations, which local officers and missionaries described as ‘debauchery of the worst kind’ were considered by the Deputy Superintendent-General to have ‘pernicious effects’ upon Indians,” the legislation reads.

More than a century later, a week of fashion is defying past policies of Indigenous assimilation while honouring ongoing grief.

“For the Indigenous community, the last two years have been marked by grief. We lost many cherished elders and the gruesome legacy of residential schools saturated everything, so we decided to focus this year’s VIFW on joy and celebration,” Joleen Mitton, founder and co-producer of VIFW and All My Relations Indigenous Society said in a release.

“We hope that everyone who attends will feel festive to be in community, and see us triumphant. We’ve been here since time immemorial, and we’re still here.”

Those with plans to attend the VIFW opening night, which is keeping with tradition with the Red Dress Event in honour of missing and murdered Indigenous women, girls and LGBTQ2S+, are being warned to prepare for an emotional evening.

“It’s for everyone who’s Indigenous and has gone missing,” said Milton, who is of Plains Cree, French and Scottish heritage. “Expect a lot of emotion, so come in with a good heart.”

Milton launched VIFW in 2017 and says she invited Baker to co-produce this years event to reflect the importance of mentorship in Indigenous culture.

“I am benefiting from her 30+ years of experience in the fashion industry, and in turn, I am honoured to continue paying-it-forward by formalizing our long-standing Mentorship Program.”

That eight-week program offers 16 Indigenous youth and youth adults a path to a career in event production with mentees to connect with Indigenous culture and ceremony through fashion.

Another program emerging from this year’s event is the Wisdom Circle, a group of Indigenous leaders from three Nations that will work to develop and maintain culturally safe and respectful events.

Throughout the week, attendees can shop for gifts from 40 Indigenous vendors and enjoy musical performances by artists including by The Wolfpack, Snotty Nose Rez Kids, Soul Shakers, DJ O Show and DJ Kookum.

While the opening night promises to be full of emotion, Saturday’s closer is dubbed Supernatural Kiki Ball and described as “an extravagant evening of runway divas, sickening vogue battles, bending realness, and seductive bodies in competition for grand cash prizes.”

Tickets are available on VIFW.ca