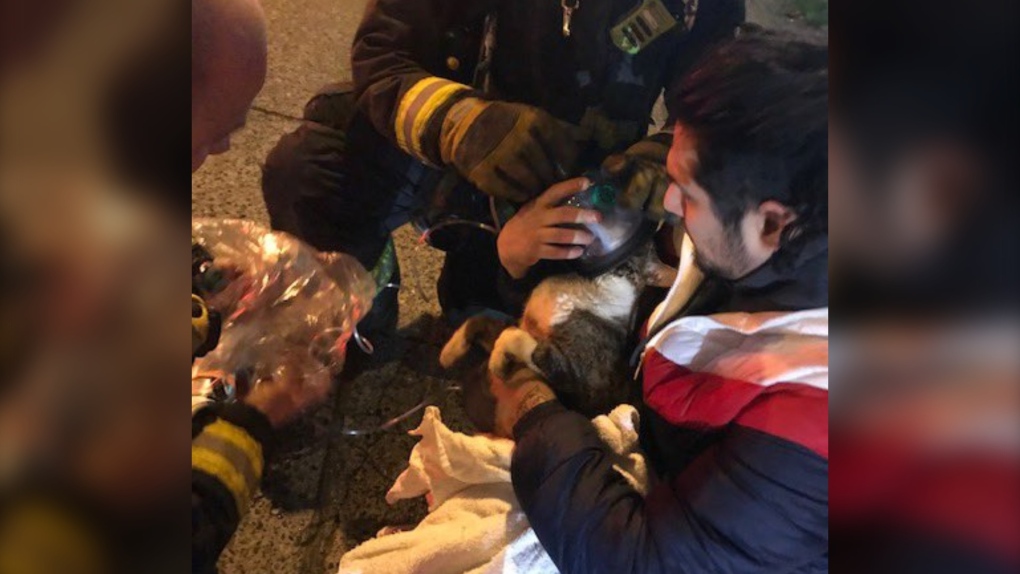 A cat was given oxygen after being rescued from a structure fire in Vancouver on Feb. 11, 2020. (Fire Chief Darrell Reid/Twitter)

VANCOUVER -- Multiple Vancouver residents had to be rescued from a balcony after a building caught fire early Tuesday morning.

Emergency crews were called to the early morning fire at a business on Kingsway, between Tyne and Melbourne streets.

Residents who live in an apartment building above the business had to be evacuated, with some being rescued from a balcony.

At least one pet was rescued from inside. Fire Chief Darrell posted a photo on Twitter of a cat receiving oxygen and said it had been reunited with its owner who was taking it to an emergency vet.

The fire, which is under investigation, has since been knocked down.