Vancouver rents: $1,450 a month for a loft bed in a living room shared with 1 woman, 3 rabbits

Vancouver rents: $1,450 a month for a loft bed in a living room shared with 1 woman, 3 rabbits 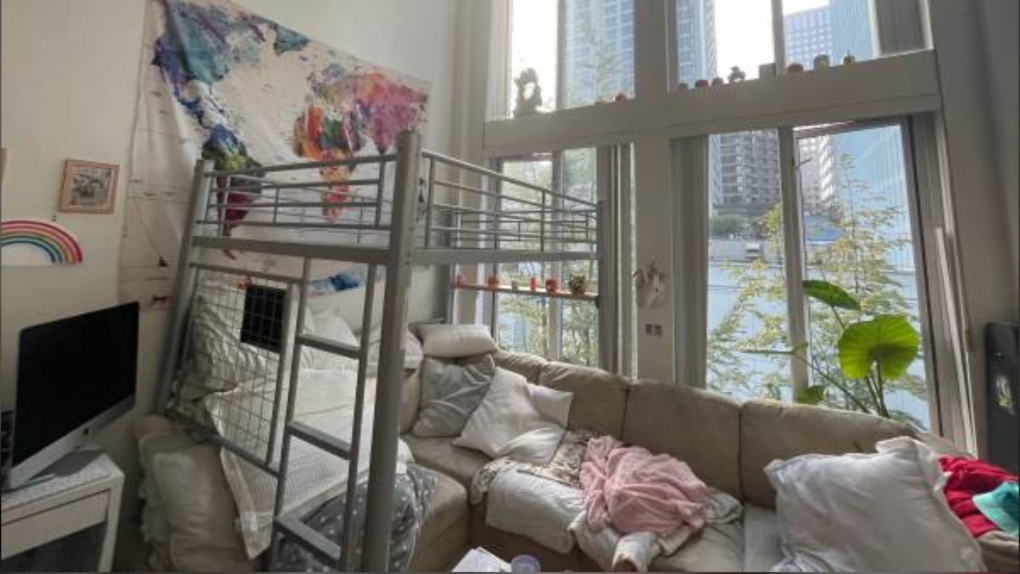 Finding herself unable to afford her rent, a Vancouver woman was desperate to stay in her suite – so she crammed into the corner of her living room and posted an ad looking for a roommate to share the small space with her and her three rabbits.

For $1,450 a month, the post says the prospective renter will be sharing a high-ceilinged, two-level, open-concept unit in the heart of Vancouver's Granville Entertainment District. In total, the apartment is 850 square feet.

"Your loft bed is located directly beside the 22-foot windows. It’s a breath of fresh air in the heart of the shopping district," it reads.

Nikitha Lalli told CTV News she feels deeply uncomfortable about opening the home she's lived in for two years to a stranger and renting what amounts to "airspace," but a recent loss of some of her income put her in what she describes as an impossible position.

"I live in a loft apartment, so it doesn't even have a bedroom door."

'SHOCKING WHAT IT TAKES TO SURVIVE IN THIS CITY'

Even if she wanted to move, she says she couldn't find anywhere to go. She says a unit in her building, with the exact same layout as the one she lives in is renting for $1,000 per month more than what she is paying.

"The housing prices are ridiculously high at the moment," she said.

"It’s just absolutely shocking what it takes to survive in this city." 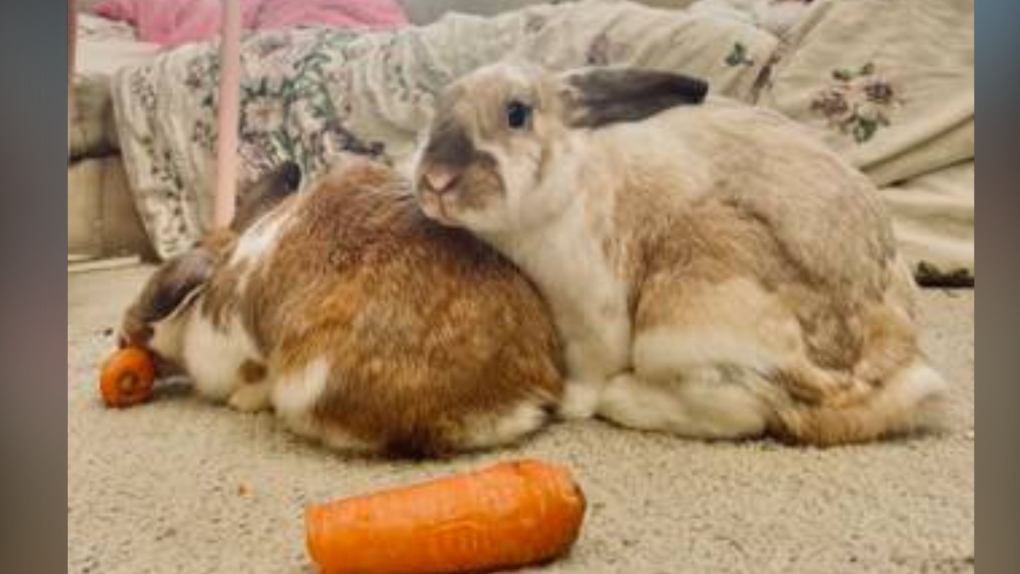 This photo from a Craigslist ad shows two of the bunnies that live in an apartment where a loft bed in the living room is being advertised for $1,450 per month.

Lalli says she's received many responses from people willing to sleep in a single bed perched above the sectional sofa.

"They're saying they love bunnies, they want to live downtown and they'd be willing to take anything."

In Canada's most expensive rental market, where the vacancy rate remains stubbornly low, arrangements like these are relatively common – with single beds squeezed into small spaces in downtown units with sky-high rents by people looking to share the burden. Lalli says she has a "ton" of friends in situations similar to hers.

'NOTHING AVAILABLE AT AN AFFORDABLE RATE'

Robert Patterson with the Tenant Resource Advisory Council has told CTV News that posts like these just show how desperate people have become to find ways to defray the cost of shelter.

"There's simply nothing available at an affordable rate in their community, that's why people will turn to something like this," he says.

"People who are splitting rental units in all these ways, it's often because they can't afford the rents they have to pay. People, because they can't find anything affordable, they'll take something that's unaffordable and hope and try the best they can to get other people to split the cost with them."

Still, with the average price of a studio hovering just above $2,000 a month, the cost of this rental is relatively affordable. But affordable, when it comes to housing, has a specific meaning.

"In Canada, housing is considered 'affordable' if it costs less than 30 per cent of a household’s before-tax income," Canada Mortgage and Housing Corporation explains on its website.

Using that metric, this loft bed would be affordable to someone making $58,000 a year. People on income or disability assistance are allowed a maximum of $375 to spend on shelter each month – a rate that has not changed since 2007.