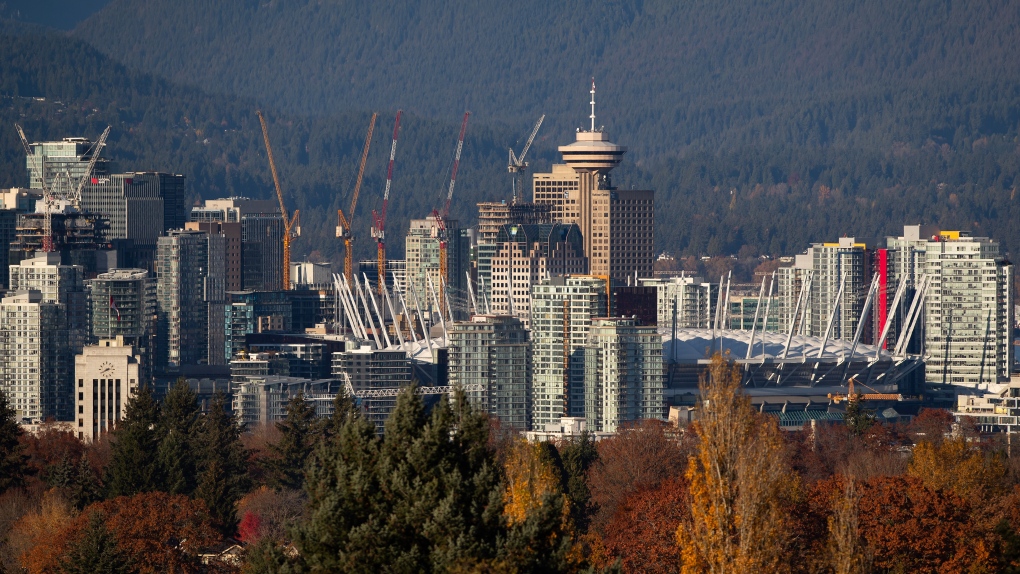 The downtown skyline including BC Place stadium, condo towers and numerous construction cranes is seen from Queen Elizabeth Park in Vancouver on Sunday, Nov. 8, 2020. (Darryl Dyck / THE CANADIAN PRESS)
VANCOUVER -

A just-published report suggests the inventory in the Vancouver real estate market has reached a low not seen since 2016.

The Q3 report posted Thursday morning by the Real Estate Board of Greater Vancouver noted the number of active listings was low over the summer months, a trend that isn't exactly new in the region.

"Since the last half of 2019, the total inventory of homes for sale in the market has been operating at near-historic lows despite higher-than-typical sales and new listing activity," the REBGV wrote.

Still, record highs for sales and listings were noted in March of this year.

"The increasing correlation between sales and new listings over the pandemic is consistent with more buyers selling their current homes and purchasing other, typically larger, homes," the board said.

It described the trend board members are seeing since early 2021 as the market "settling down," and said a monthly survey pointed to first-time and move-up buyers becoming a larger portion of total home sales.

While inventory is down, prices are generally not.

The August 2021 benchmark price – a measure that is not an average or median but is calculated based on the typical type, size and age of home available in a region – was a record-breaking $1,176,600.

While growth in prices hasn't been to the extent seen at other times in the local market, things are expected to pick up again in the fall.

The board forecast an upward pressure due to above-average sales volumes, coupled with the low inventory noted previously.

It says buyers and sellers should expect new listings and sales in Q4 to remain near to long-term averages, and expects the number of listings to increase, but at a level still well below the norm.

The report also summarized what its seen with housing completions, as well as trends in mortgage rates and employment.