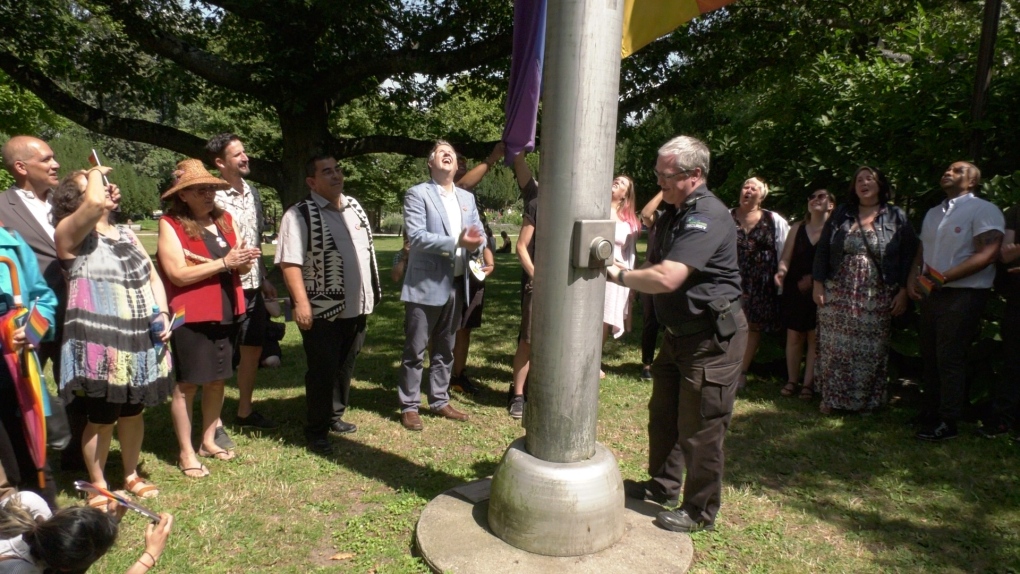 A pride flag raising is seen at Vancouver City Hall on Monday, July 29, 2019.

The 41st Pride Week started with a reading of the Pride proclamation before the flag raising ceremony.

Organizers pointed out that despite 50 years of activism and triumphs in the LGBTQ2+ community, it is still a fight for many.

“We’re experiencing a resurgence of violence related to homophobia, anti-trans rhetoric across social media," said Vancouver Pride Society co-chair Michelle Fortin. “We encourage everyone to do the work and realize that being an ally isn’t just about wearing rainbows a few times a years.”

Events will take place all through the week, culminating with the Pride Parade in the city’s West End on Aug. 4.