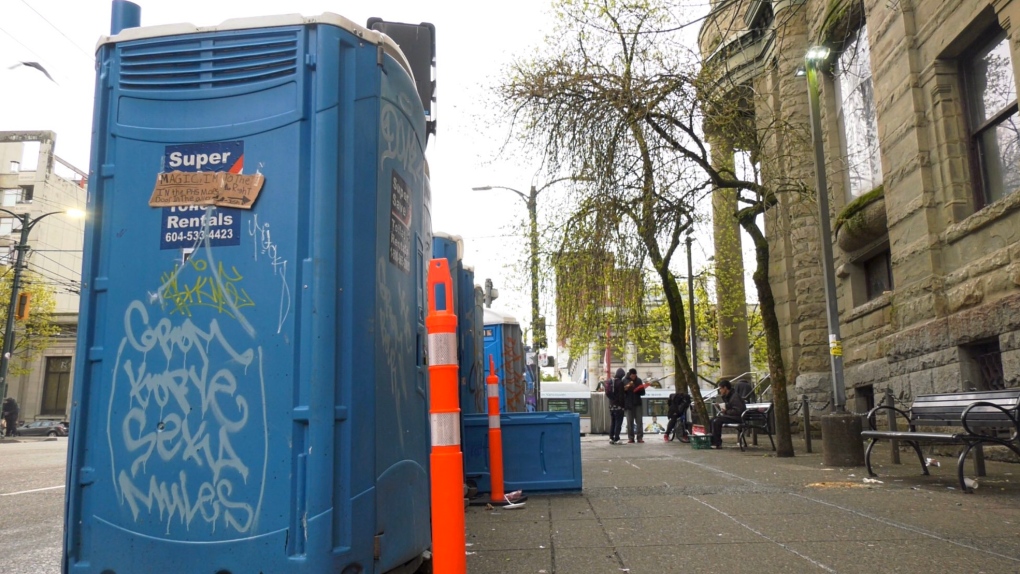 A newborn baby was found dead in a portable toilet on Vancouver's Downtown Eastside on April 22, 2020.

VANCOUVER -- Police are still looking for the mother of a newborn found dead in a portable toilet in Vancouver last week.

The infant was found in the Downtown Eastside last Wednesday, in a toilet set up to help the area's homeless population deal with the COVID-19 pandemic.

The city set up 32 toilets and 11 handwashing stations in the area to help meet provincial public health guidelines.

The tragic discovery prompted calls from advocates for more checks on city toilets, as last week's death was the second reported in a portable toilet this month.

Another person died of an overdose in a toilet near Oppenheimer Park the previous weekend, police said.

Officers request the public's help in identifying the mother, and for any further information on the case.

The City of Vancouver said some of the toilets have since been removed from the area, but the one where the newborn was found remains at Main and Hastings.

"Staff are advising not removing the portable toilet at this time and are speaking with community members about next steps regarding process and protocol," a spokesperson wrote in an email. "Any additional steps will be trauma informed and will be prioritizing cultural safety."

Some of the other portable toilets installed in the neighbourhood have been moved. The city said some were taken away due to broken doors, while others were moved for "overdose prevention monitoring."

This story has been updated to correct a statement provided by the City of Vancouver. A spokesperson initially said the toilet at Main and Hastings had been moved, but that is not the case.