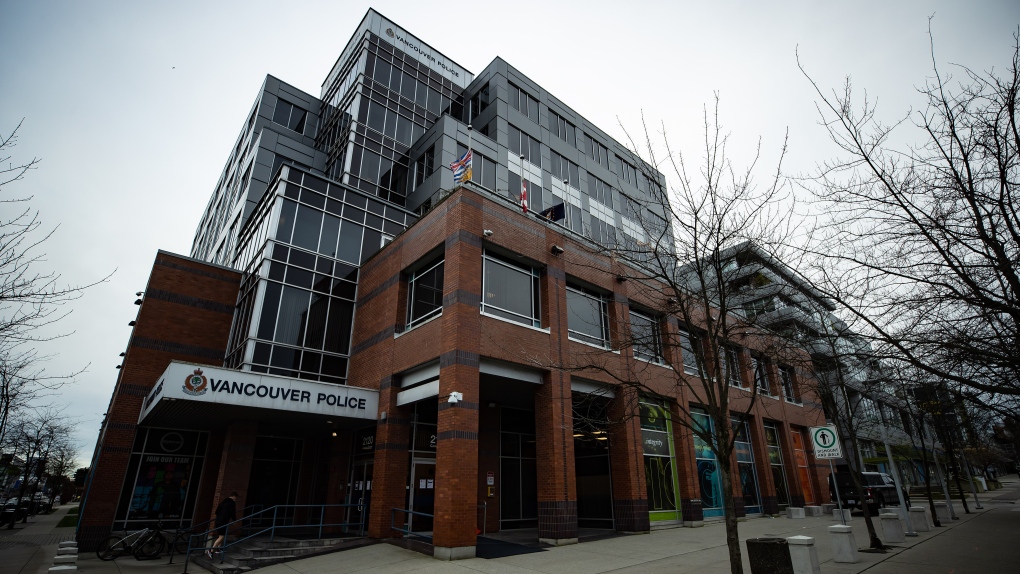 Two weeks after releasing a widely criticized report scrutinizing social services spending in Vancouver, the city's police department is asking to increase its annual operating budget by upwards of $38 million.

The proposal would see the Vancouver Police Department – already among the most expensive police forces per capita among Canadian cities, according to its own report – funded with $383,138,062 of taxpayers' money next year, an increase of just over 11 per cent from its 2022 budget of $344,650,489.

That works out to about $105,000 in additional police spending every day.

The request, which the department will be presenting for approval at Thursday's Vancouver Police Board meeting, more than doubles the budget increase of nearly five per cent approved by city council earlier this year.

Coun. Christine Boyle told CTV News she was surprised to see such a significant spending hike put forward by police.

"An 11 per cent increase in the police budget would require about a 4.5 per cent tax increase in Vancouver's overall budget, and I'm worried what it will mean in terms of cuts to other important services that residents rely on," Boyle said.

The councillor pointed to the vast array of social services provided across the city, including everything from libraries to neighbourhood houses, that residents are increasingly relying on as they grapple with inflation and the rising cost of living.

"Those funds can't be cut back," she said.

The biggest individual item on the budget is the approximately $15.7 million earmarked to fulfill new mayor Ken Sim's campaign promise to hire 100 new officers, along with 20 civilian professionals.

That's more than triple the $4.5 million Sim's ABC Party proposed Tuesday as "an initial block of funding" for the new officers – though council ultimately approved up to $8 million, which would include any funding the city might be able to secure from the provincial and federal governments.

The $15.7 million estimate from police includes funding for "recruit training costs, wage adjustments, uniform, equipment and inflation," according to the proposed budget.

Other expenditures include $1,190,567 in additional statutory holiday pay, including for officers working on the new National Day for Truth and Reconciliation; $969,468 for overtime filed by officers, including those attending what the report describes as a "growing number of various demonstrations and protests" in the city; $415,000 for work phones for officers who currently use their personal devices on the job; and $83,000 for the replacement of an aging patrol boat.

There's also $200,000 for a pilot program that would see Vancouver police wear body cameras, which was another of Sim's campaign promises.

The Vancouver Police Department's budget has been a source of controversy in recent years, particularly after the force balked when city councillors voted to freeze law enforcement spending early in the COVID-19 pandemic, as all levels of government were facing severe financial pressures.

Police had requested a $5.7 million increase for 2021. Rather than accept council's decision, the Vancouver Police Board requested a review from the province, as allowed under B.C.'s Police Act, and the expanded budget was ultimately approved against councillors' objections.

That $5.7 million is included in the budget increase of $17 million approved by city council back in April, along with $4.9 million in wage increases and benefits for police officers and funding for more 911 call-takers.

Earlier this month, the Vancouver Police Department presented an unprompted audit of spending on the city's social safety net, commissioned from an Alberta-based technology company.

The audit estimated about $5 billion goes into social services in Vancouver annually, including those that support people living in poverty in the Downtown Eastside – though the methods have been questioned by a number of experts and academics, and $2 billion of the total came from direct government transfers such as pension payments.

The same report noted that Vancouver appears to have "the greatest police expenditures per capita among comparator cities, amounting to $458 per capita in 2018."

"This is followed by Edmonton's police expenditure per capita of $441 in the same period," the report added.

The Vancouver Police Department's latest budget request forecasts further increases of between 3.8 per cent and 4.5 per cent annually for several years after 2023. By 2027, the department estimates its budget will reach approximately $448.8 million – an increase of 30 per cent, or about $104 million above current police spending in the city.

Boyle noted the ongoing calls to consider non-policing alternatives to some mental health incidents, prompted by criticism of the way law enforcement has handled those calls with sometimes tragic results. Premier David Eby has made civilian-led peer-assisted care teams, staffed with mental-health professionals such as social workers and psychiatric nurses, a key feature of his public safety plan.

"The conversation that we've been having, and that the province has been having around investing in non-police responses for different types of calls is an important one," Boyle said.

"We should all make sure that we're getting the best impacts for all residents from these public safety investments, so I will keep asking that – particularly as we look to significant increases in funding requested from the police."

City staff are expected to present a placeholder budget next week, but Boyle said the new council is unlikely to pass its actual 2023 budget until next spring.

CTV News has reached out to the department for comment on its requested budget increase. This story will be updated if a response is received.

Convicted murderer Daniel Jolivet, in prison for the past 30 years, has maintained his innocence since the day he was arrested. W5 reviews the evidence he painstakingly assembled while behind bars. W5's documentary 'Buried Evidence' airs Saturday at 7 p.m. on CTV.

Marit Stiles is expected to be confirmed as the new leader of the Ontario NDP today.

In the field of cancer treatment, nothing is more important than diagnosing and treating the problem as quickly as possible — but according to new survey data, about one in four Canadian cancer patients report that they are still experiencing cancelled or postponed appointments.

Former Russian president Dmitry Medvedev has said the supply of more advanced U.S. weaponry to Ukraine will only trigger more retaliatory strikes from Russia, up to the extent of Russia's nuclear doctrine.