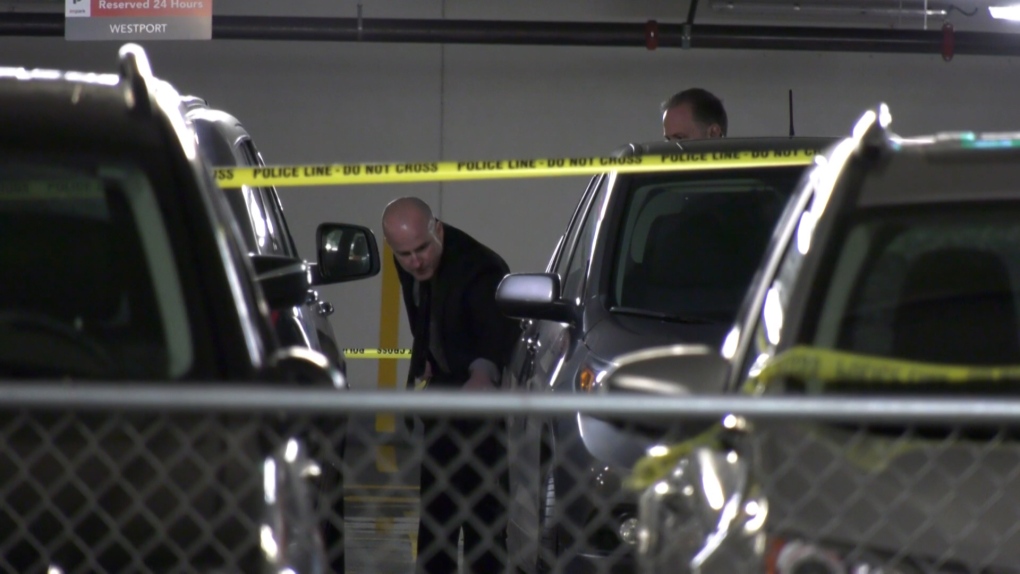 Vancouver police are investigating after a man was found dead in a car in the parking lot of Marine Gateway Cineplex on Saturday, Jan 18, 2020. (CTV)

VANCOUVER -- Vancouver police have identified the victim of a homicide, after a man was found dead in a car in the Marine Gateway Complex parking lot Saturday.

Mathieu Flynn, 31, was from Richmond and is the victim of Vancouver's second homicide of 2020.

Flynn was found by a passerby just before 8:30 p.m.

"This incident happened in a very public, busy area," said Const. Tania Visintin in a news release. "We believe several people may have video from their vehicle or information that could help detectives solve this homicide."

While no arrests have been made, police said they do not believe there is a risk to the public.

Just hours after announcing this homicide investigation, Vancouver police informed the public of another one. They said they were investigating the city's third homicide of the year after a woman was found dead in her Gastown residence early Sunday morning.

Anyone with dash cam footage or who may have security footage from the parking garage at 452 SW Marine Dr. between 6 and 8:30 p.m. on Saturday is asked to contact homicide investigators at 604-717-2500.