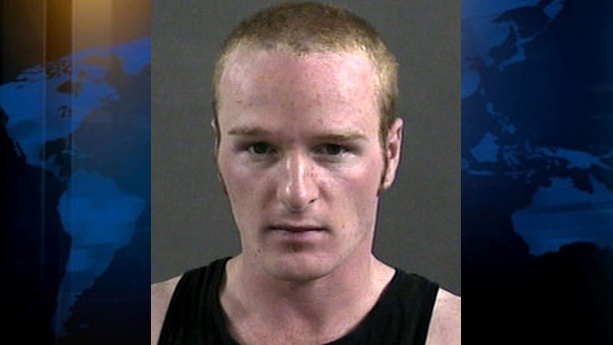 A Vancouver man who allegedly videotaped himself violently torturing a kitten for more than 50 minutes on his cell phone has been arrested, according to the SPCA.

Jordan Lucas, 28, originally from Vernon, B.C. was arrested in Richmond on Thursday and charged with one count of animal cruelty.

“To her horror, the cell phone still contained a video lasting more than 50 minutes of a helpless kitten being violently abused and tortured,” she said.

At several points during the video the kitten groaned, cried and appeared to be injured and disoriented.

Moriarty said a male hand with a distinctive tattoo was visible in the video and police were able to identify Lucas based on the tattoo.

Moriarty said they don’t know whether the kitten is still alive and investigators will be speaking to Lucas Friday to determine what happened to the cat.

“This type of pre-meditated torture, the violence link and, yes, some people might just think ‘it’s a kitten,’ but that display of behaviour is a warning sign.”

Lucas appeared in Vancouver court on Friday for a bail hearing.

He also faces unrelated charges for robbery and two weapon offences dating back to 2010.