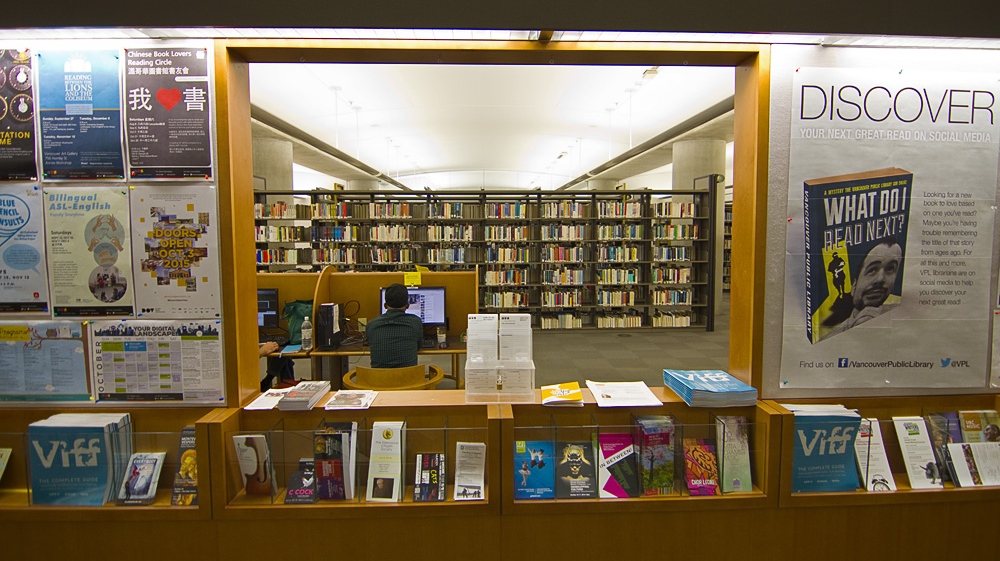 Along with many other city facilities, the Vancouver Public Library closed in mid-March to prevent the spread of COVID-19. Some branches, included Central Library branch (pictured) will reopen starting July 14.

VANCOUVER -- The Vancouver Public Library will reopen five branches on July 14, and will also expand its “takeout” service.

Along with many other city facilities, the library closed in mid-March to prevent the spread of COVID-19.

Library staff say limited services will be in place in those branches, which will be open from Tuesday to Saturday. Patrons will be able to pick up existing holds on books and other material, browse books in short visits, return items and schedule time to use public computers.

The Central Library will be open on three levels only: the children’s library on the Lower Level; Level 2, which includes the teen books section, popular reading section, DVDs and multi-lingual collections; and the public computers on Level 3.

The library has been offering what it calls “takeout service,” where library patrons can pick up books they’ve ordered. Takeout service is currently offered at Champlain Heights, Dunbar, Firehall, Hastings and Kensington branches, but it will be expanded to more locations throughout the summer, according to the VPL.

Patrons can also return books, DVDs and other materials at both the takeout locations and opened branches starting July 7. All due dates have been extended to September, and the VPL is asking the public not to rush to return material so staff is not overwhelmed.

All returned items have to be “quarantined” before they are re-shelved.