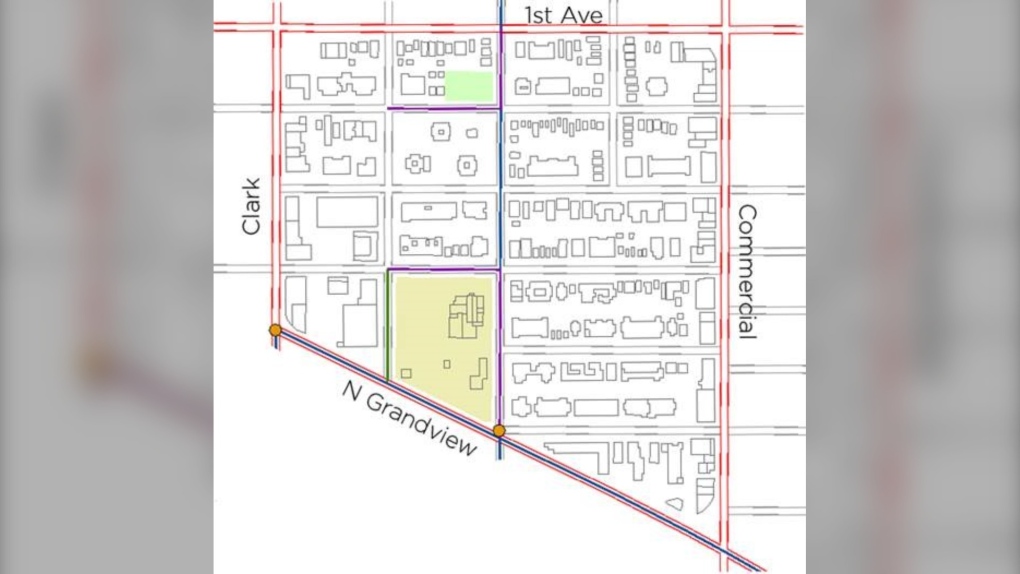 VANCOUVER -- The City of Vancouver has introduced what it calls its first "slow zone" for traffic on local streets.

As of Wednesday, all of the streets in the area bound by Commercial Drive, First Avenue, Clark Drive and North Grandview Highway have a speed limit of 30 km/h, rather than the 50 km/h that is the default speed limit on other city streets.

Gateway signs, speed limit signs and painted markings alert drivers to the change within the slow zone, but access and parking in the area are not affected, the city said in a news release Wednesday.

The slow zone is a pilot project and is intended to help the city reduce - and eventually eliminate - traffic-related fatalities and serious injuries.

It cited studies completed by the World Health Organization that show higher speeds equate to a higher probability of fatality. When a vehicle hits a pedestrian at 30 km/h, the probability of a fatality is 15 per cent. The probability increases to 50 per cent when the speed is 50 km/h.

City staff is expected to provide city council with data on the results of the pilot project, as well as feedback from the public, in the fall.

Though the city called the pilot project a first in its release, the Grandview-Woodland streets are not the first ones in Vancouver to see a reduction to a 30 km/h speed limit for the purpose of reducing traffic fatalities.

Roughly a decade ago, the city reduced the speed limit on Hastings Street near Main Street, after a 2009 study found that the small strip in the Downtown Eastside was the most dangerous place for pedestrians in Vancouver.