Vancouver has the only elected park board in Canada. Is it still necessary?

Vancouver has the only elected park board in Canada. Is it still necessary?

When voters across B.C. head to the polls on Oct. 15, they’ll be asked to elect a mayor, city councillors and school board trustees. In Vancouver, they’ll also choose seven Park Board commissioners.

Vancouver is the only city in Canada with an elected park board and as such, has its own unique politics.

The Board of Parks and Recreation was initially created in 1888, when the federal government leased a parcel of land to Vancouver - land we now know as Stanley Park. A body, separate from council, was created to take care of it.

Since then, the responsibilities of the park board have grown substantially – it now oversees a range of open spaces and facilities such as parks, beaches, community centres, fitness centres, marinas, ice rinks, public pools, golf courses, playing fields, street trees and special gardens like VanDusen and the Bloedel Conservatory.

Recently, the park board has also taken on bigger responsibilities such as managing homeless populations living in Vancouver’s parks, committing to decolonization and reconciliation (part of that being a colonial audit), tackling climate change and expanding programs for the 2SLBGTQIA+ community.

The park board has been at the centre of decision making when it comes to tent encampments in the city’s parks, and two years ago the approach changed. In 2019, the board decided not to seek an injunction to clear out Oppenheimer Park, as concerns grew about crime and violence. Instead, commissioners voted to collaborate with the city to find housing for everyone still camping in the park.

Injunctions were eventually enforced in both Oppenheimer and Strathcona parks during the COVID-19 pandemic, and the park board has since increased resources dedicated to homeless populations. In the last 12 months, the number of park rangers has doubled, with added responsibilities such as needle sweeps and homeless outreach.

The park board has also hired a “first-ever” director of urban relationships, a job that involves leading the board’s “work on responding to the needs of people experiencing homelessness, helping to fulfill the City’s humanitarian responsibilities to those sleeping or sheltering in parks.” 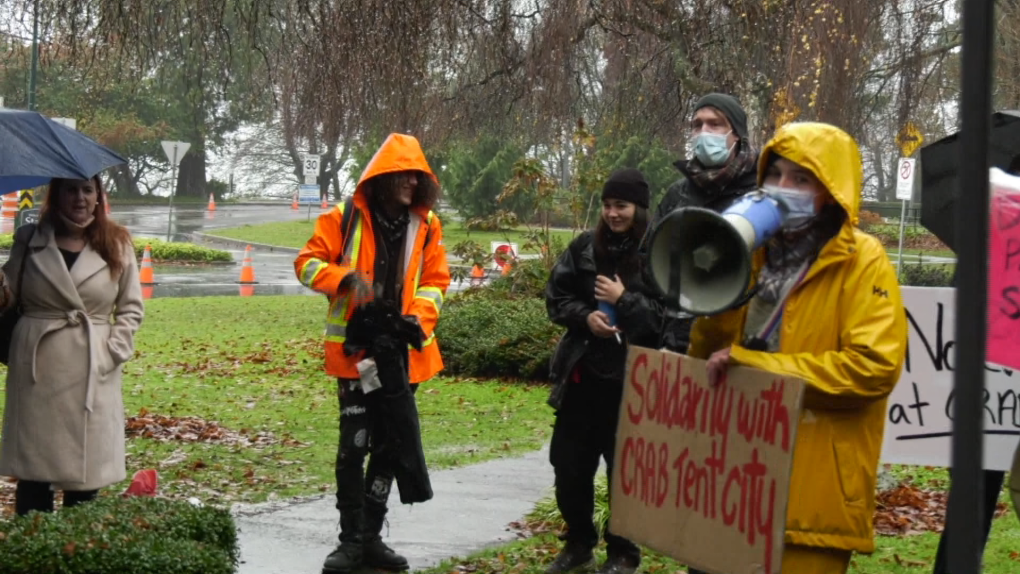 Protesters gather outside the Vancouver Park Board office on Nov. 25, 2021, over the decision to seek an injunction against CRAB Park campers.

In the early days of the pandemic Stanley Park was closed to all but essential traffic to ensure the public adhered to physical distancing requirements. Stanley Park Drive was allocated only for cyclists to “create more space on the seawall for pedestrian traffic.”

Shortly after, the bike lane project evolved into a study on how Vancouver can respond to the climate crisis and encourage more people to engage in active transportation by reducing vehicle traffic in the park, despite pushback from two commissioners, some members of the public and businesses inside the park.

During an interview with CTV News in July, commissioner John Irwin said he was inspired by places such as Central Park in New York City, where cars had been removed.

“I think the goal is, in a situation where we’re in a climate crisis and it’s going to take us a long time to get carbon producing cars out of our system, that we need to look seriously about how we get people around,” Irwin said. “The pandemic has been, and seemed like, the pressing emergency of our time, but from my perspective… the bigger crisis is the climate crisis.” 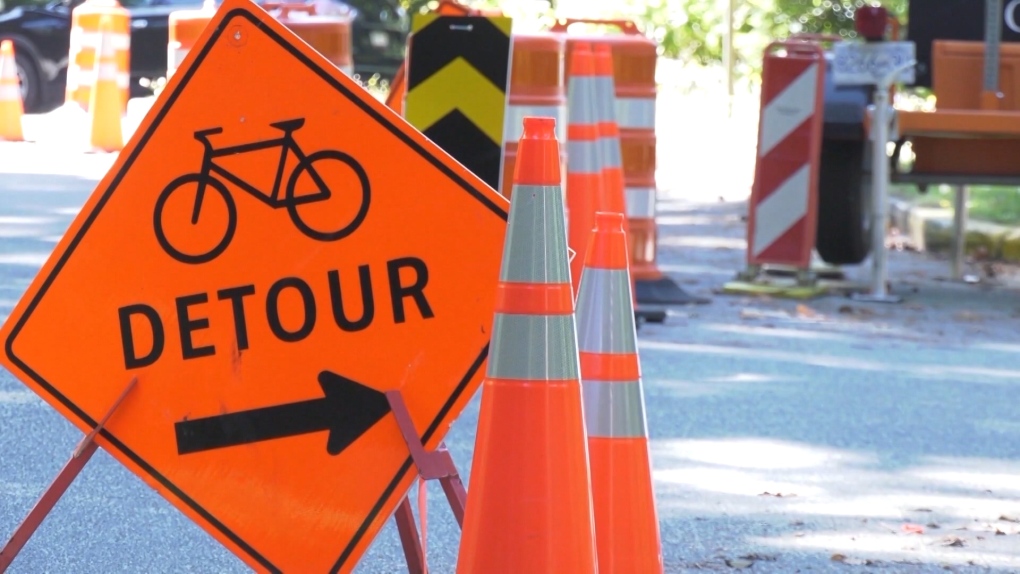 A sign marking a temporary bike lane in seen in Stanley Park.

With the adoption of new goals and responsibilities, questions have been raised about whether the park board is moving too far away from it’s core role. In March, the Vancouver Aquatic Centre had to be temporarily closed after a piece of the building fell off.

Stanley Park was closed to the public for two weeks after dozens of people were attacked by coyotes, swim times were reduced at public pools over the summer due to a lack of staff and in July, commissioners had to pass a motion for all water features to be assessed because a high number had either fallen into a state of disrepair or were non-functional.

Andy Yan, director of the City program at Simon Fraser University, sees the diversification of the park board’s responsibilities as a response to a changing city.

“You can kind of see in one way how the park board has kind of grown with the city,” Yan said. “We see the further complications in how the demand on our parks has changed, as life in the City of Vancouver has become more complicated.”

“It doesn’t seem to work, it doesn’t seem to function properly,” Affleck said. “One of the challenges that we have in Vancouver with an elected park board is that it’s its own entity and as a result it’s its own bureaucracy and because of that you see bloated administration happening, because they have to deal with things that politicians see as part of their agenda.”

Despite the evolving responsibilities on the board, the role of commissioner is only seen as a part-time commitment, with an annual salary of $18,743 per year. By comparison, Vancouver city councillors are paid $91,879 per year.

DOES VANCOUVER STILL NEED AN ELECTED PARK BOARD?

ABC mayoral candidate Ken Sim had originally vowed to abolish the park board and bring it under the jurisdiction of council. That promise has since changed with the party fielding six park board candidates in the upcoming election.

According to Yan, having a separate elected park board to care for Vancouver's open spaces benefits the city by increasing oversight of decision making.

“This level of democracy does offer a level of transparency,” Yan said. “It’s really easy to say that they’re doing a terrible job (but) they’re really working with the resources that they do have and I think some of these challenges are profound.”

Affleck believes it creates issues on Election Day by asking for voters to pick a long list of candidates.

“It’s intimidating… it’s probably got over 100 names on it - then you have to flip it over to see the three Capital Plan questions,” Affleck said. “It’s daunting and it’s big.”