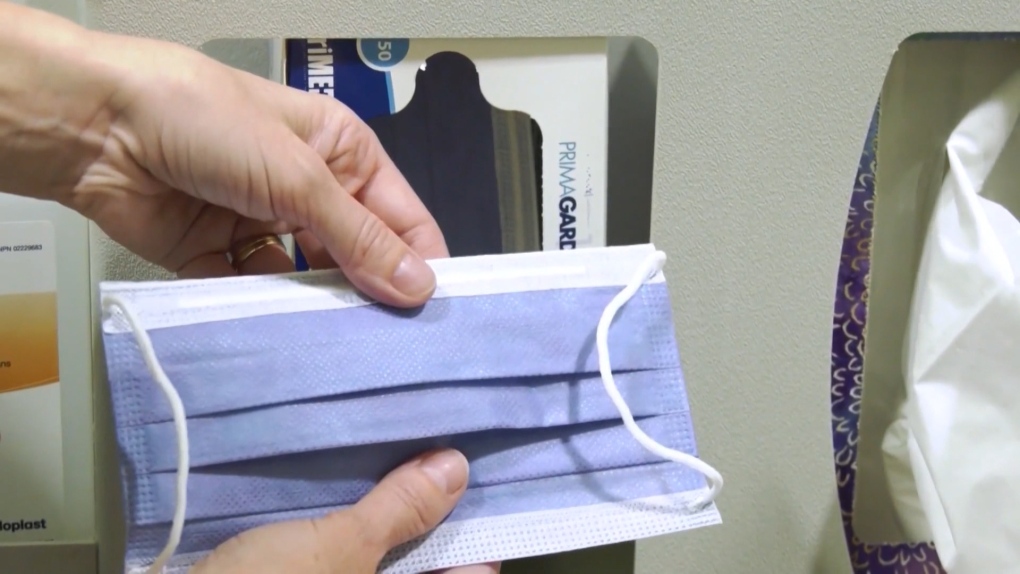 VANCOUVER -- The City of Vancouver will not be requiring masks inside municipal buildings, after city councillors opted instead to "strongly encourage" mask-wearing inside city facilities.

On Thursday, city councillors voted 6-4 in favour of an amended version of Coun. Sarah Kirby-Yung's proposed motion that would have made face coverings mandatory inside city-owned buildings for everyone over the age of five, except those with disabilities and underlying medical conditions that make mask-wearing difficult.

The cities of Richmond and Delta have each adopted similar rules in response to the COVID-19 pandemic, and a letter from the advocacy group Masks4BC, signed by 162 doctors, encouraged the Vancouver council to vote in favour of the motion.

Instead, Coun. Christine Boyle amended the motion to strike Kirby-Yung's original wording about making masks mandatory, and replaced it with a call for the city to "strongly encourage" mask-wearing and improve signage to reflect that position.

The amended motion also calls for city staff to "develop an implementation plan" for mandatory masks if public health officials in the province begin recommending such policies.

Before the vote, top doctors from Vancouver Coastal Health sent a letter to Kirby-Yung and the council recommending against implementing a mandatory mask policy.

"There is no justification for a mandatory non-medical mask policy in City of Vancouver facilities at this time and we strongly recommend that it not be pursued," the letter said, and also cited the relatively low infection rate in the city and "excellent" COVID-19 safety plans already in existence.

Boyle's amended motion passed, with Kirby-Yung and her fellow NPA councillors voting against it.