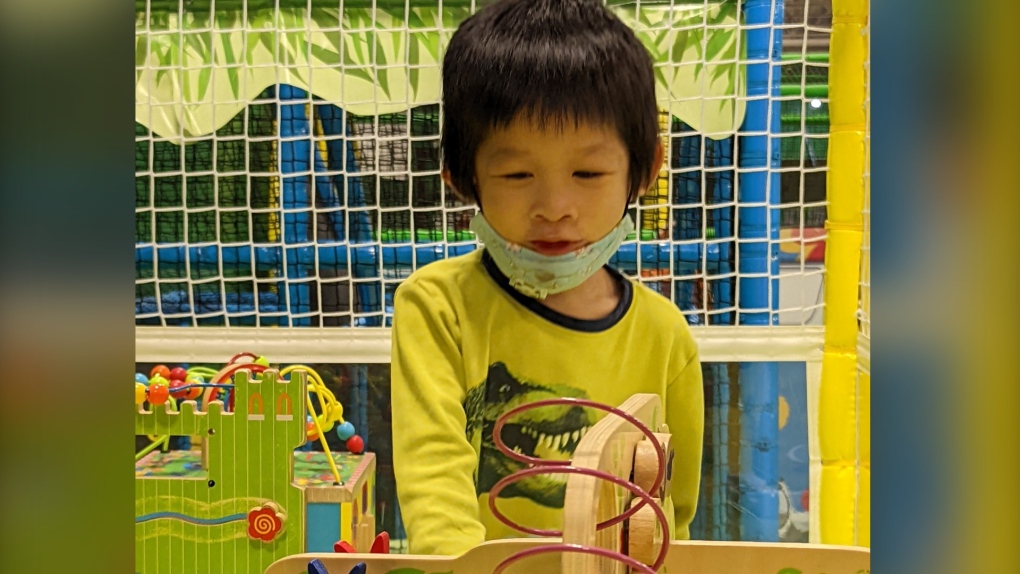 A Vancouver dad whose son is on the autism spectrum took to social media to share how painful it was to see only one classmate at his birthday party. Now, he's receiving a flood of support that he hopes marks the start of an important conversation.

David Chen is a father of four and has planned and attended his fair share of kids' birthday parties. So when Max was turning six, he sent out invitations, rented out an indoor playground, assembled goodie bags, and bought enough cupcakes for all 19 kids in the class.

'IN THAT MOMENT, THE EMPTINESS HIT'

The party was set for Saturday and cancelling was not an option, even though 16 of the 19 families of Max's classmates had not replied to the invitation. Even as he tried to make the best of the situation, Chen said he was struck with sadness when he looked around and saw no one sitting at the child-sized tables or playing on the jungle gym.

"I thought I was OK with not a lot of people coming out, but in that moment, that emptiness hit," he said.

"I thought, I can't be the only one that's gone through something like this, and this must traumatize people. So I thought I'd put it out there … It was just devastating."

Since he tweeted, he's received hundreds and hundreds of responses. Many are from parents whose children are also "the different kid in the class," while others are from adults who still remember exactly what it was like to be in Max's position.

"One which still makes my heart bleed right now thinking about it is they said, 'It happened to me 30 years ago. I just keep thinking about that echo, about how much it has impacted someone, this very simple thing of a class birthday party,'" Chen tells CTV News.

My autism spectrum disorder kid is the different kid in the class. We invited all his classmates to his birthday party today & only 1 showed up. Difficult to explain to my kid & that kid's mom that only one classmate came. Not making assumptions but still an empty feeling day. pic.twitter.com/D2tSGL7iP1

One of the things that was most difficult, Chen says, was seeing that Max was disappointed. While his son has some difficulty describing what he is feeling, Chen knew when Max said "It was fine," it actually wasn't.

Max's teacher was among those who saw the post and worked with Chen to throw a party in the classroom Monday. The uneaten cupcakes and undistributed goodie bags were shared with the whole class.

"For someone who can't verbalize his emotions, I have to go off of his reactions. And it's such a difference. It was really good that they tried their best to fix the situation, and seeing the difference in his face today was magnificent."

'WE ALL NEED TO LEARN TO DO THIS BETTER'

While Chen is happy his son got a party, he says the experience has made him very aware of how significant these experiences can be for children and families. He's drafted a guide for the PAC to distribute with packages welcoming families at the start of the school year that addresses birthday parties.

The first thing he hopes is that families will realize how important it is just to respond to the invitation when it's sent out. The uncertainty he faced when he didn’t hear back from most parents is something Chen said created a lot of worry and grief.

The next is that he hopes these things can be planned in a way that will break down some unnecessary barriers and make the events more inclusive. For example, Chen says some families opt out of these events because they can’t afford to buy a gift and feel ashamed about showing up without one. Others might not be able to eat the food most commonly served, like pizza or hot dogs.

"We need to all learn how to do this better. We only have a very finite period at which point we can actually invite a whole class. And once that period is gone, it's gone forever. And so this is where I think a lot of good can come out of this," he says.

"We have to celebrate our differences and just be stronger together. Because honestly, inside we're all the same."

Chen says he's also been busy trying to connect with everyone who reached out after his initial tweet.

"Especially for people who've experienced this, they are left out. So imagine if they left a comment and they never heard back? That's more being left out. That's why there's a part of me that's like 'I've got to answer every single one if I can."

Tanya Ball began her career as a social worker for the Kaska Dene First Nation. Now she runs a land guardian program, working to monitor and protect a vast stretch of the band's northern British Columbia wilderness.