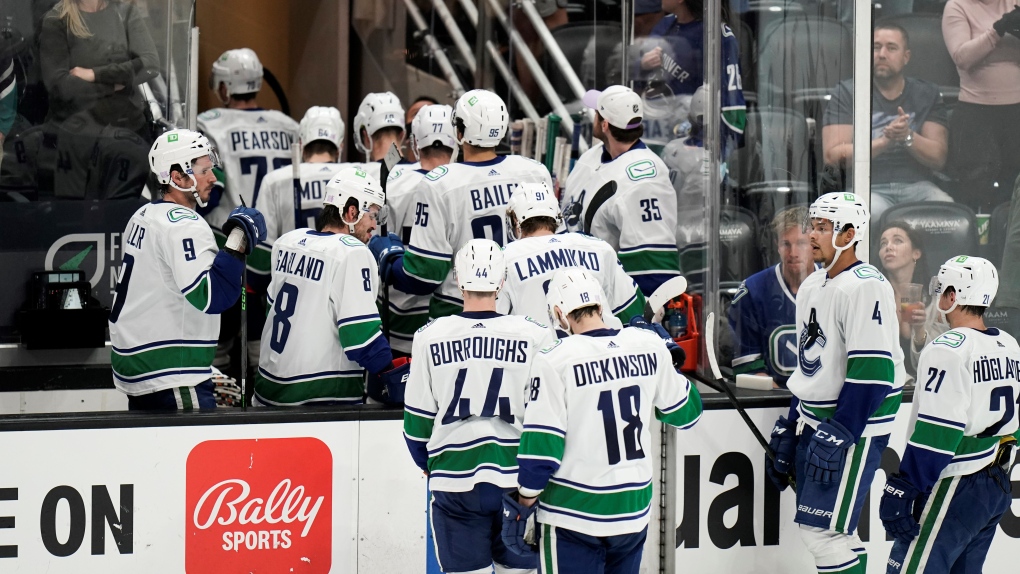 It’s not the start to the hockey season fans were hoping for.

The Vancouver Canucks have won just five of their first 16 games, and as they return home from a woeful three-game road trip, some fans are calling for major changes off the ice.

“I am frustrated. I am disappointed,” says Clay Imoo, a Canucks superfan and co-host of the Canucks After Dark live podcast.

Imoo isn’t the only one who feels that way. Through his podcast and YouTube channel, he hears from hundreds of other Canucks die-hards. Many of them, he says, are calling for General Manager Jim Benning to be fired.

“i think a lot of peoples’ problem with Benning is he’ll say something that’s good for the short-term but he doesn’t have that long term foresight. And that’s why it feels like every year, we’re putting out new fires,” Imoo explained.

The Canucks have made it to the post-season just once in the past six seasons, and two times since Benning was made Canucks GM in May 2014.

“We’re potentially wasting away the prime years of some really good players,” said Imoo. “(Canucks Captain) Bo Horvat is already in his seventh year in the NHL, and he’s only been to the playoffs once.”

If the team continues losing at this rate, any hope of making the post-season this year would be dashed.

However, Rintoul doesn’t believe the Canucks’ losing record will be enough to convince team owner Francesco Aquilini to abandon management’s plan for the team and move on to a new GM.

“If (ownership) allowed the general manager to make these kinds of moves, and think something can still be made of this season, then salvaging it 15 games in probably isn’t the solution.”

After COVID-19 pandemic restrictions kept Canucks fans out of the arena for nearly two years, spectators are once again welcome in the stands, and the team is earning revenue from ticket sales. However, if poor on-ice performance persists and fewer fans buy tickets, Rintoul says it could force ownership to make changes.

As a superfan, Imoo maintains he would never stop supporting the Canucks, but says it’s critical the team finds a way to win more games before the fanbase loses hope.

“When you make an emotional investment and a monetary investment, you definitely want to cheer for a winning team,” he said.

The Canucks kick off a three-game homestand on Wednesday against the Colorado Avalanche.

@fr_aquilini please do something and stop this pain!!! The fans have waited long enough #canucks #FireBenning #FireGreen

Is it possible to get a #FireBenning banner in the air tonight in a rainstorm? Asking for a friend. #Canucks

@Canucks @fr_aquilini I for one will not watch, subscribe nor attend anymore Canucks games until changes are made. #FireBenning

Canadians going hungry: How inflation's hitting some harder than others

The stakes are high as Canadian farmers take to the fields to plant 2022's crop, which some are saying could find a place in the record books as 'the most expensive ever.'

A whirlwind visit by Prince Charles and Camilla, Duchess of Cornwall, has ended but the calls for meaningful reconciliation with Indigenous Peoples have not.