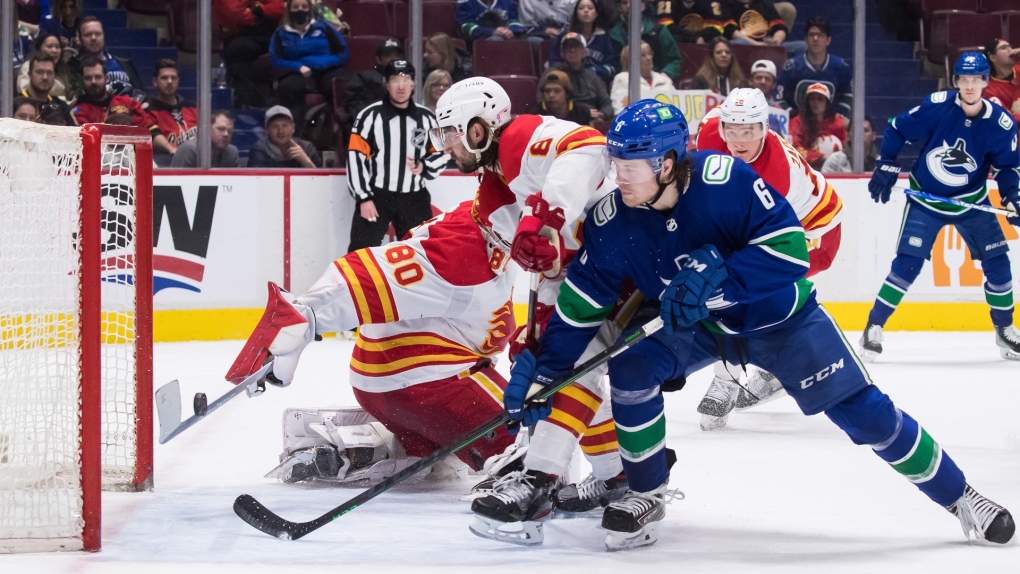 After a difficult year, Brock Boeser has committed to sticking with the Vancouver Canucks.

The club announced Friday it has signed a three-year contract worth US$6.65 million per season with the 25-year-old right-winger.

The agreement means Boeser, a restricted free agent, and the Canucks will avoid arbitration.

At the end of the campaign, he told reporters he had been struggling with the declining health of his father, Duke, who died at the end of May following a long battle with cancer and Parkinson's disease.

“He obviously went through a really tough time last year and we believe that he is capable of being a better player going forward,” Allvin said.

The Canucks picked him 23rd overall in the 2015 NHL entry draft. He was a finalist for the Calder Trophy, awarded annually to the NHL's top rookie, in 2018.

Boeser signed a three-year deal with an average annual value of $5.875 million per year in 2019, and was given a qualifying offer of $7.5 million heading into negotiations for his latest deal.

The Canucks, who finished last season five points shy of the playoffs with a 40-30-12 record, have asked players to help the club create cap space as they push to be competitive going forward, Allvin said.

Boeser's deal says a lot about the forward, the GM added.

“This shows Brock wants to be a big part of the Vancouver Canucks going forward,” Allvin said.

This report by The Canadian Press was first published July 1, 2022.

The Arctic is warming at nearly double the rate previously estimated: study

New research suggests that the Arctic is warming alarmingly faster than what current scientific literature and media sources have reported.