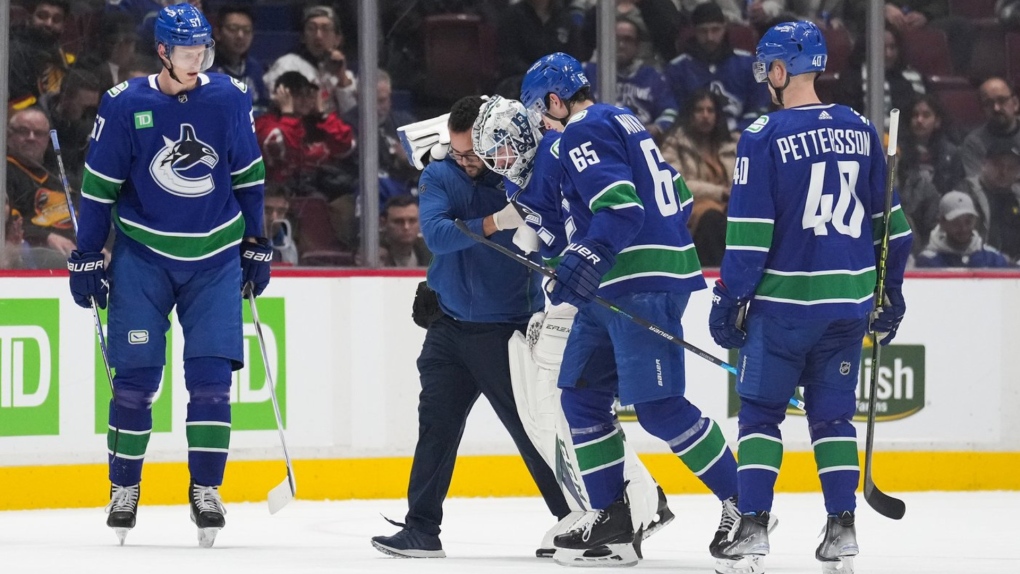 Vancouver Canucks goalie Thatcher Demko, centre, is helped off the ice by a trainer and Ilya Mikheyev (65), of Russia, after being injured as Tyler Myers (57) and Elias Pettersson, of Sweden, watch during the first period of an NHL hockey game against the Florida Panthers in Vancouver, on Thursday, December 1, 2022. THE CANADIAN PRESS/Darryl Dyck
Vancouver -

Vancouver Canucks goalie Thatcher Demko is expected to be out until the new year due to a lower-body injury.

Demko left Thursday's 5-1 loss to the Florida Panthers at the end of the first period, supported by a trainer and teammate Ilya Mikheyev, and was not putting any weight on his right leg as he went off the ice.

Spencer Martin is expected to be in net Saturday when the Canucks (9-12-3) host the Arizona Coyotes.

This report by The Canadian Press was first published Dec. 3, 2022.

Critics say the U.S. and Canada had ample time to shoot down a suspected Chinese spy balloon as it drifted across North America.