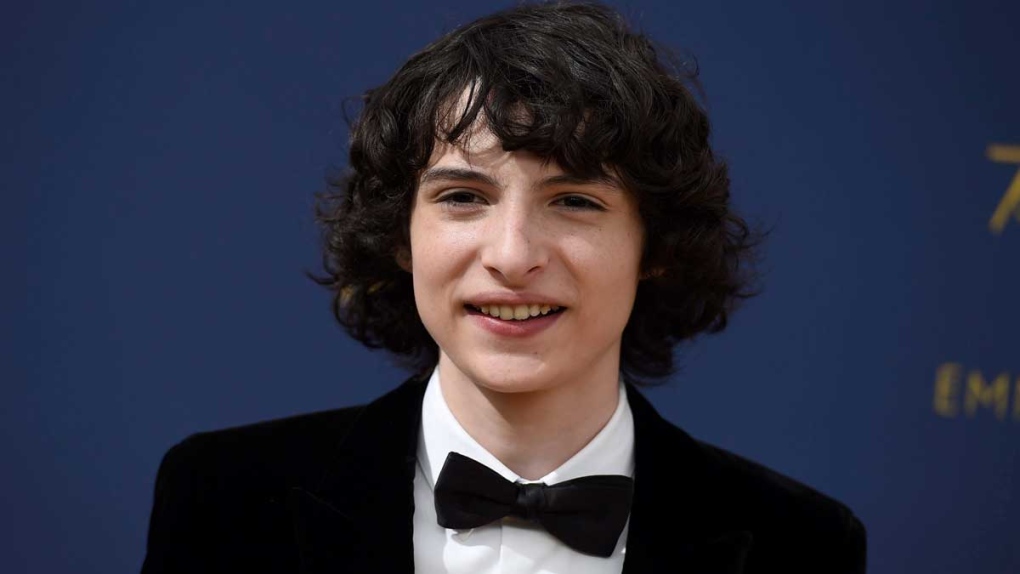 TORONTO - Like his “Stranger Things 3” character, Canadian actor Finn Wolfhard is at a crucial point in adolescence.

At 16, the shaggy-haired Vancouver star is trying to finish high school while juggling international fame, looming adulthood and goals for his career and garage-rock band, Calpurnia.

“I don't know if I'll go right off the bat to post-secondary, to college,” Wolfhard said in a recent phone interview.

“I have plans to, after high school, live on my own for a bit and try testing out living in a few different places and just being a kid for a few months, and just write and hang out with friends and stuff.

He also wants to direct features.

“That's why I wanted to get into acting, is because I wanted to be a director and I thought that if I acted, I could get a lot of experience just on set and learn a lot on set while also having an awesome time,” said Wolfhard, who co-directed the music video “Sonora” for his friend's band, Spendtime Palace, in 2017 - when he was just 14.

“I'm writing something now that I'm still trying to figure out. It's more of an outline. I'm still developing the acts and stuff.”

Helping him along the way are his mentors on the set of Netflix's Emmy-winning sci-fi/supernatural hit “Stranger Things,” which launched its third season Thursday.

Wolfhard said the creators, the Duffer brothers, as well as executive producer/director Shawn Levy and actors David Harbour and Joe Keery, have been “a huge inspiration.”

“I love those guys. They're definitely huge mentors for me. They just teach me a lot about everything - career and life and acting.”

Wolfhard has made a splash as freckle-faced unlikely hero Mike Wheeler, part of a group of teens beset by mysterious events, frightening monsters and covert government operations in Hawkins, Ind.

This season is set a year after the last one, in the summer of 1985, when another threat looms over the group's excitement over new love and a new town mall.

“It does have more gore and more blood but ... it doesn't take itself more seriously,” Wolfhard said.

“It has the fun and charming qualities that season 1 had and going into season 2. We're amping everything up.”

Wolfhard marvelled at how he started “Stranger Things” as “kind of a rookie” a mere three years ago and has come a long way since then.

He's currently starring in a new campaign for French luxury fashion house Saint Laurent and has three major movies coming up this year alone: “It: Chapter Two,” the follow-up to the 2017 hit in which he also had a role; “The Goldfinch,” a drama with Nicole Kidman, Sarah Paulson, and Luke Wilson based on the acclaimed novel; and an animated remake of “The Addams Family.”

Next year he'll star in the supernatural horror “The Turning,” executive produced by Steven Spielberg, and return to the Netflix animated series “Carmen Sandiego” for its second season.

He revealed he's also in talks to possibly be in a Canadian indie film being developed by Jeremy Schaulin-Rioux, who has directed music videos for Toronto punk band PUP, which has been a big inspiration for Wolfhard's music group.

“I still kind of am a rookie, I consider myself, but I've definitely learned a lot since the first season about ... film and people and what to say on set and stuff,” Wolfhard said.