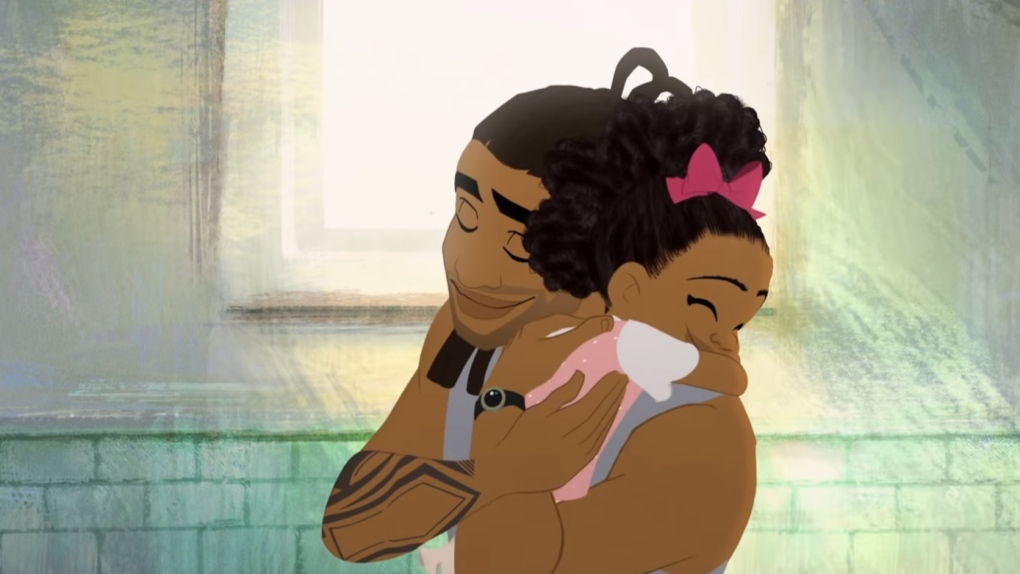 VANCOUVER -- When Pearl Low learned the short film she worked on had won an Academy Award on Sunday, she burst into tears.

Low posted a video of the happy moment to Twitter. In it, she covers her mouth with her hands and breaks out into applause while watching director Matthew A. Cherry and producer Karen Rupert Toliver accept the award. The film, "Hair Love," won the 2020 Oscar for Best Animated Short Film.

The seven-minute short is about a young girl named Zuri whose father has to style her hair for the first time before heading out to a special event. Low said the film resonated with her as a mixed-race woman with a Chinese mother who didn't really know how to deal with her curly hair.

Low was hired as a storyboard artist and was given a few pages of script to work on, including the "fight scene" in the middle of the film where Zuri's dad is seen in a boxing ring "fighting" with the so-called "hair monster."

She got involved with the project after being contacted by the film's co-director. He'd read her self-published comic book called "Tension," which chronicles her own experience with hair and being biracial.

"It was extremely exciting just because I talk about the subject matter quite a bit, but to be hired on a film that's talking about what I have been talking about makes it that much more special," she said.

Low also said it was important to her to see a positive representation of a black family with a healthy dynamic portrayed on screen, and it's something that she would have wanted to see when she was younger.

"What this film really means to me and what I really want people to take away from it is the fact that black fathers are present in their children's lives," Low said. "And just fathers in general dealing with their daughters, having that relationship is a very real thing."

The Academy faced widespread criticism over a lack of representation in its nominees this year, with no female directors and only one actor of colour nominated. But Low said with Hair Love's win on Sunday, it gives her some hope that films like the one she worked on will get more recognition in the future.

"It is a step in the right direction," she said. "It was really nice to see just the amount of love and the amount of positive feedback that people were giving watching this film because it truly is universal."

WE WON!!!!!!!!
Im in tears, I'm really just so grateful to have been part of the team to create something so beautiful and impactful. Congrats to @MatthewACherry @KarenRToliver @Mr_Scribbles @BruceAlmighteee @iFrankAbney and the rest of the team for making this a reality. pic.twitter.com/m2Vvn0cbrB