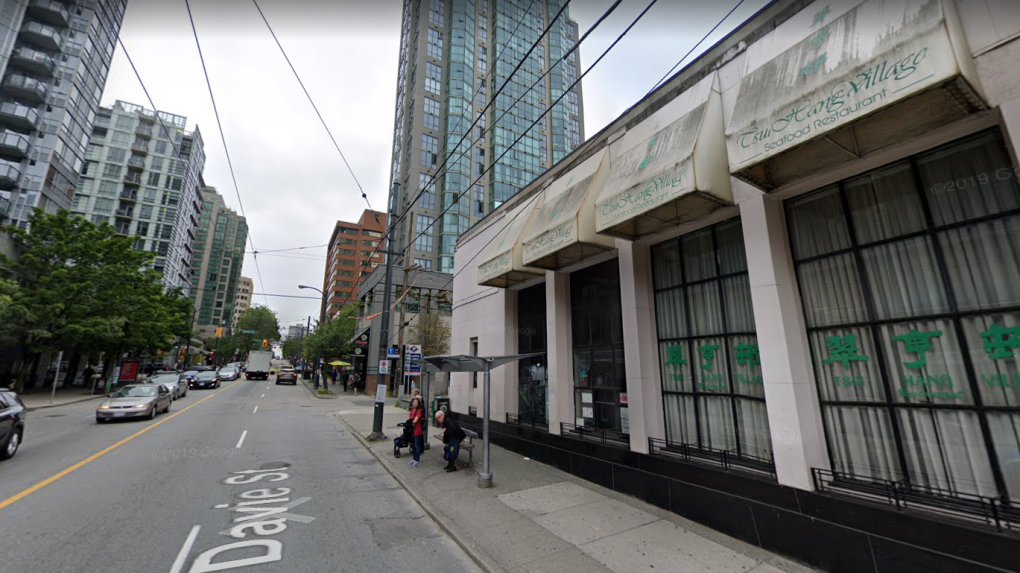 A bus bench on Davie Street near Granville is shown in this undated image from Google Street View.

VANCOUVER -- Police say they have a suspect, but are looking for witnesses to an assault in Vancouver's West End last week.

Officers outlined the incident reported the afternoon of May 7 in a statement Friday.

They say a 28-year-old woman had been sitting at a bus stop on David Street near Granville Street, shortly after 3 p.m.

A man approached and struck her in the head with a bag of plastic bottles, the Vancouver Police Department said.

Officers were called in, and a bystander identified a man they believed to be the suspect.

The 35-year-old was arrested, and has been charged with assault with a weapon.

The man has not been publicly identified by police, but officers did issue an appeal for witnesses in the case.

Investigators say there was a crowd in the area, and ask anyone who saw what happened to come forward.

Those with more information should call the VPD, or Crime Stoppers anonymously.