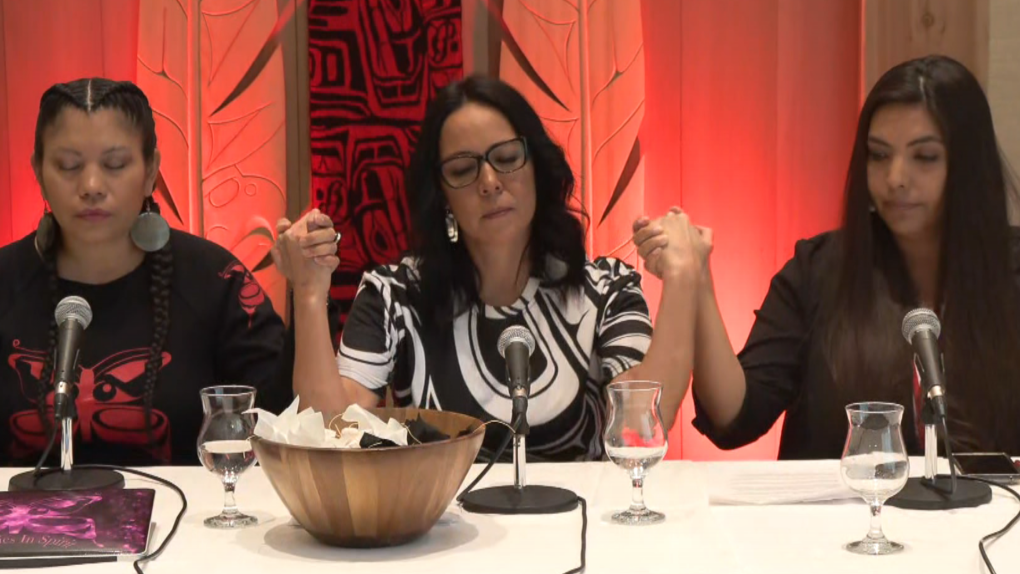 Indigenous women leaders in B.C. are demanding the release of a video where Vancouver police officers mocked and ridiculed sexual harassment complaints within the department.

At a news conference on the eve of the 16 Days of Activism Against Gender-Based Violence, the video was brought up as an example of the systemic issues of sexism and discrimination in police departments and a lack of accountability for officers who commit misconduct.

"This is completely unacceptable," said Melissa Moses, the women's representative for the Union of BC Indian Chiefs.

"I'm calling on all those that are affected by sexual harassment – we need your support, we need this to be brought out for the public to see and witness what is happening."

The video was made and widely distributed in 2019 and its existence came to light in the Office of the Police Complaint's Commissioner's annual report, which was tabled in the legislature on Tuesday. The contents of the video were not described but it was characterized as "appearing to ridicule and minimize the severity of sexual harassment investigations ongoing within the VPD."

It was made by two officers who were on duty and in uniform, the report said, and widely shared in the department – including by a supervisor – before it was brought to the attention of any disciplinary body. The misconduct investigation found " a concerning attitude of dismissing very troubling and misogynistic behavior as 'black humour."

Lorelei Wiliams, the founder of Butterflies in Spirit and an advocate for Missing and Murdered Indigenous Women, said incidents like this are one reason why there is no trust that complaints about gender-based violence will be taken seriously and investigated adequately.

"This goes to show who they are, who we have to deal, with who I have had to deal with on many occasions," she said.

"It's these kinds of officers that we're dealing with on a regular basis, on a daily basis. This just goes to show that -- and that video needs to be released."

CTV News has twice asked the VPD for comment on the video but has not received a reply.