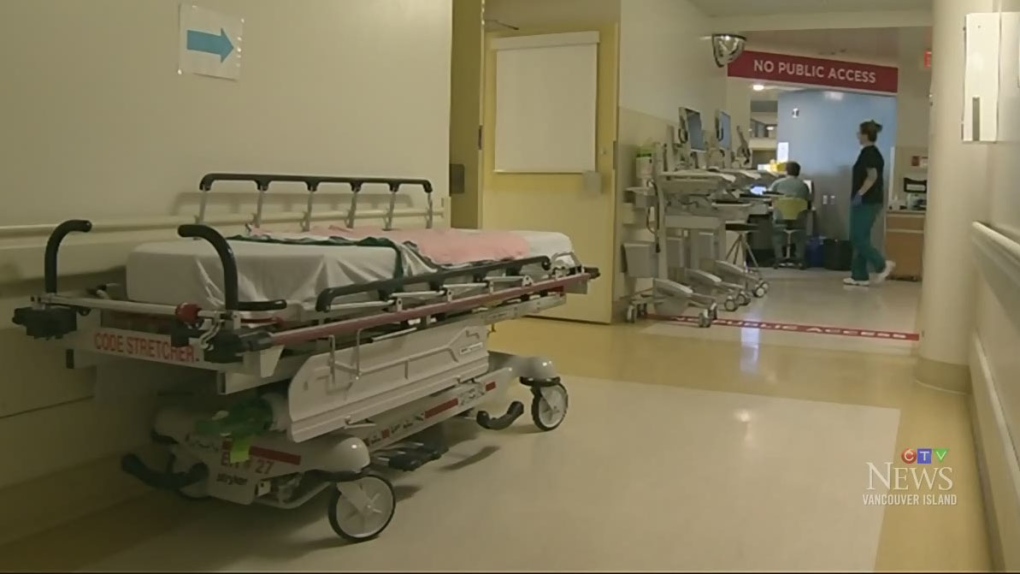 The interior of a hospital on Vancouver Island is seen in this file photo.

VANCOUVER -- Warning: This story contains scientific descriptions of sex and genitalia that some readers may find offensive.

Researchers from the University of British Columbia are wondering whether the COVID-19 pandemic is to blame for an increase in genital injuries among men in Greater Victoria, after six men were treated for such injuries in the region in the span of a week.

In an article from the forthcoming issue of the Canadian Urological Association Journal that was published online Wednesday, researchers from UBC's Department of Urological Sciences and the school's Island Medical Program, share anonymized details of the six injuries, which they say are uncommon in the region.

"With a famously elderly population in Victoria, B.C., male genitourinary (GU) trauma is rarely encountered; we likely do not see more than a handful of cases per year," the authors write.

While these injuries are varied in nature, each one relates in some way to the COVID-19 pandemic.

"It is difficult to say for certain whether these cases would have occurred had the provincial 'stay-at-home' orders not been in place," the authors write.

They note that the dog bite happened while the man was visiting a friend's house after some pandemic restrictions had been lifted, and the ATV incident occurred the day after restrictions were relaxed.

"Both cases of penile fracture were associated with drug and alcohol use," the authors add. "It is difficult to say whether these injuries would have occurred without the societal changes in the pandemic. One can speculate that the increased time at home may have led to higher rates of sexual intercourse, with potentially increased riskier sexual practices."

The article notes that Vancouver Island has had a very low number of confirmed COVID-19 cases - just 130 as of Thursday. It does not present any data on these types of injuries elsewhere in B.C. or around the world.

"It appears that COVID-19 may be impacting urological health in an indirect fashion," the authors write. "GU complications of the COVID-19 quarantine have occurred independent of community incidence of the disease in this series. It has yet to be seen whether these patterns will be evident in other jurisdictions."