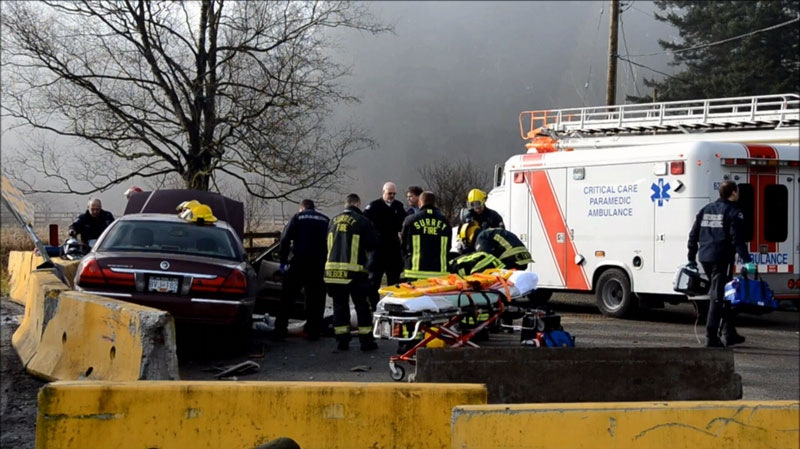 Surrey RCMP were called to this intersection at 188th Street and 28th Avenue in Surrey Saturday after a man fatally collided with a concrete barrier. (CTV)

An elderly woman was killed when she was struck by a vehicle in Coquitlam, Mounties said.

Coquitlam RCMP received a call at around 12:20 a.m. Saturday to report a collision involving a vehicle and pedestrian at Austin Avenue and Marmont Street.

An initial investigation suggested a single vehicle lost control and drove onto the sidewalk where the woman was struck.

The driver of the vehicle remained on scene and cooperated with authorities.

The woman has not been positively identified pending notification of next of kin, RCMP said.

Meanwhile, a man is dead in Surrey after his vehicle collided with a concrete barrier at 188th Street and 28th Avenue early Saturday, Surrey RCMP said.

According to reports, nobody else was injured when the man’s car went through an intersection and smashed into a concrete barrier.

The victim’s identity has not been released.

More details to come on CTV News at Six.