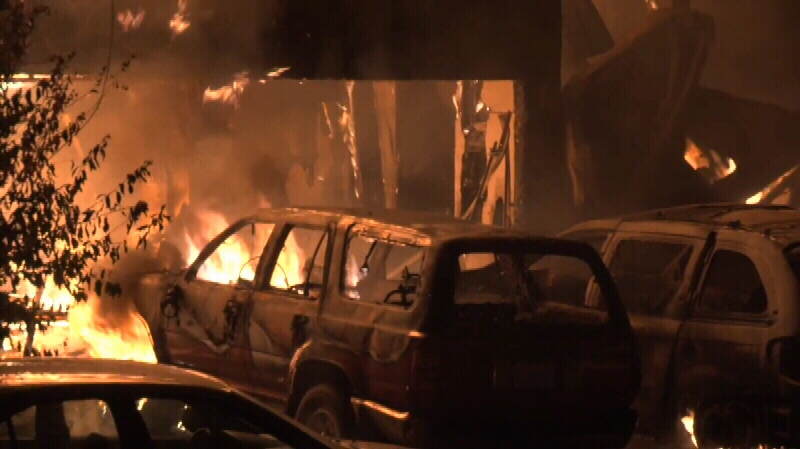 The blaze broke out on Spruce Grove Circle around 3:30 a.m. and eventually spread across three homes, destroying one and damaging the others.

Two people suffered burns and were taken to Whistler Health Care Centre via ambulance, but the extent of their injuries is unknown.

Officials said a number of families were displaced but that Emergency Social Services was called to make arrangements for them.

The cause of the blaze has not been determined.

Due to the extreme fire danger in the area, firefighters from the Pemberton and Garibaldi fire departments were called to help local crews douse the flames.

The fire was brought under control early Monday and crews spent the morning eliminating hot spots.