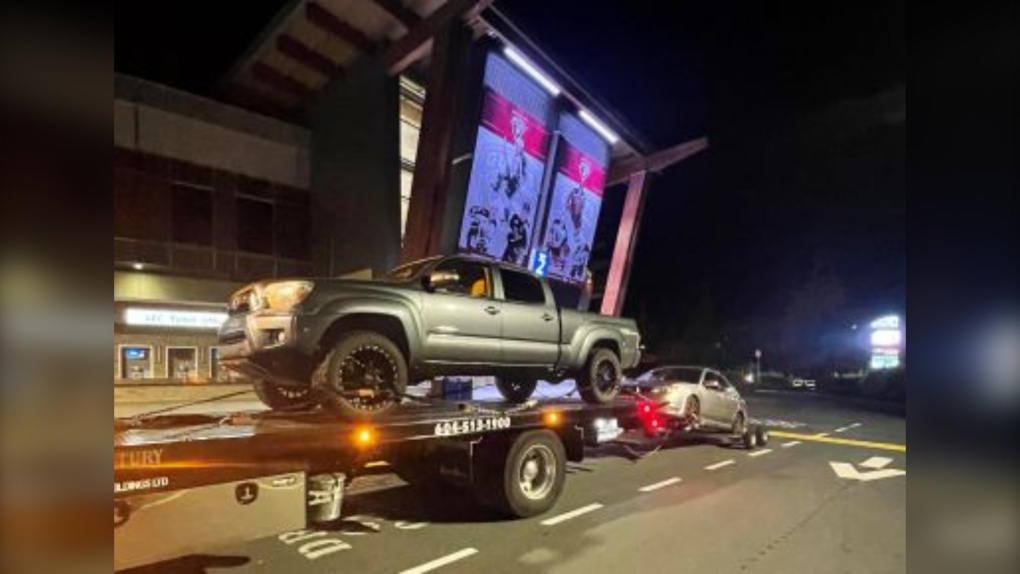 Langley RCMP say two "N" drivers had their vehicles impounded after they were caught more than doubling the speed limit on Sept. 25, 2022. (Langley RCMP)

Two "N" drivers were handed $483 tickets after they were caught going more than double the speed limit in Langley last weekend – behaviour authorities said "will not be tolerated" in the city.

The drivers, who each have a Class 7 licence, were clocked zooming down 200 Street at 156 km/h on Sunday evening, according to Langley RCMP. The speed limit in the area is 70 km/h.

Both of their vehicles were impounded for seven days, and authorities said the drivers will be responsible for the cost of towing and storage – on top of the hefty fines they received for excessive speeding.

"Lastly, both drivers will face the very real possibility of a driving prohibition," Langley RCMP said in a news release.

Speed was a contributing factor in 28 per cent of fatal crashes recorded across B.C. in 2020, the most recent year with statistics available through ICBC. That ties speeding with driver distraction as the leading factor in crash fatalities in the province.

Langley RCMP noted that high speeds increase stopping distance and the chances of a "devastating impact" when a vehicle is involved in a crash.

"Anyone witnessing high-risk driving behaviour is asked to contact Langley RCMP so we can work together to keep our community safe," the detachment said.

From boosting cash on hand to cutting staff, Canadian banks are taking a variety of strategies to prepare for a widely expected economic slowdown in the year ahead.

Renewed allegations of racism at Buckingham Palace threatened to overshadow Prince William's trip to the United States after campaigners said the palace needed to acknowledge a wider problem that goes beyond one member of staff.