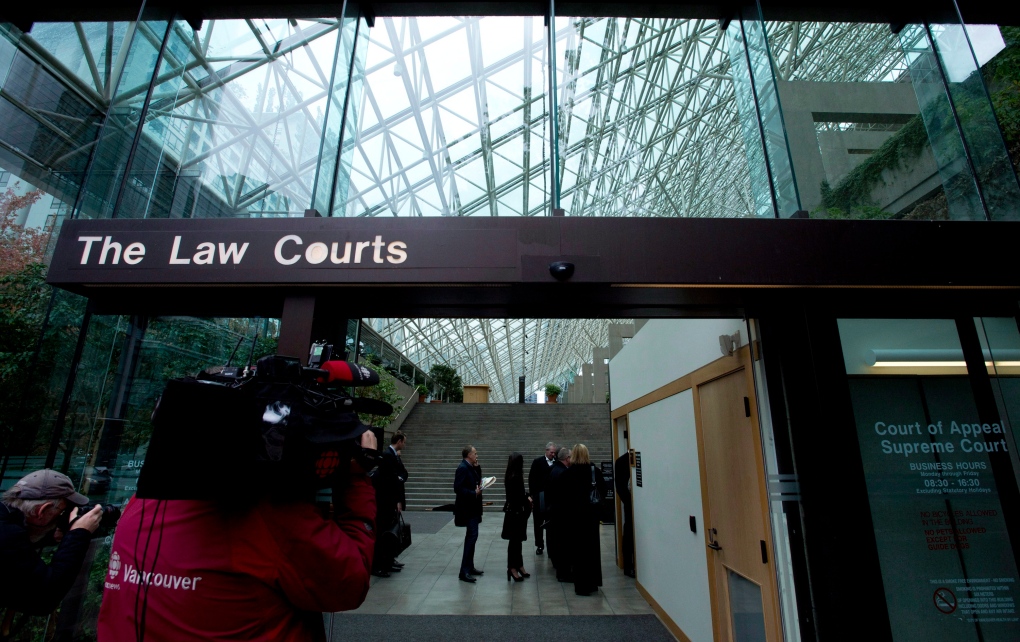 People line up to be screened to enter the B.C. Supreme Court in Vancouver, B.C., on Sept. 30, 2013. (Jonathan Hayward/THE CANADIAN PRESS)

Two members of the Hells Angels convicted in the 2011 murder of Dain Phillips were sentenced to 12 years in prison Wednesday, in what’s being called an unprecedented decision in B.C.

“It is a testament to the hard work of dedicated officers and the CFSEU-BC working closely with the Kelowna RCMP that helped result in two full-patch Hells Angels members being convicted and sentenced for manslaughter in British Columbia, for the first time,” said Chief Superintendent Dan Malo, of the Combined Forces Special Enforcement Unit of British Columbia in a release.

On June 12, 2011, Dain Phillips was assaulted by several people using various weapons on McCurdy Road, near McKenzie Road in Kelowna, British Columbia. He later succumbed to his injuries and seven people were charged with second-degree murder.

“Investigations such as this are both challenging and time-consuming and I would like to acknowledge the diligence of our investigative team and our partners at CFSEU-BC,” said Supt Nick Romanchuk, Officer in Charge of the Kelowna RCMP in a release. “Although the matter remains before the Courts, I hope these guilty pleas will serve to bring some measure of closure to those who cared for Dain Phillips.”

“Previous investigations and convictions have made it clear that members of the Hells Angels are involved in drugs, weapons, and violence-related offences,” Malo said. “Through a coordinated and unified effort, CFSEU-BC and its partner agencies will continue to disrupt organized crime groups like the Hells Angels and eliminate their continued threat to public safety.”

The trial for Robert Cocks, Daniel McRae, Matthew McRae, and Anson Schell began earlier this week and is ongoing.