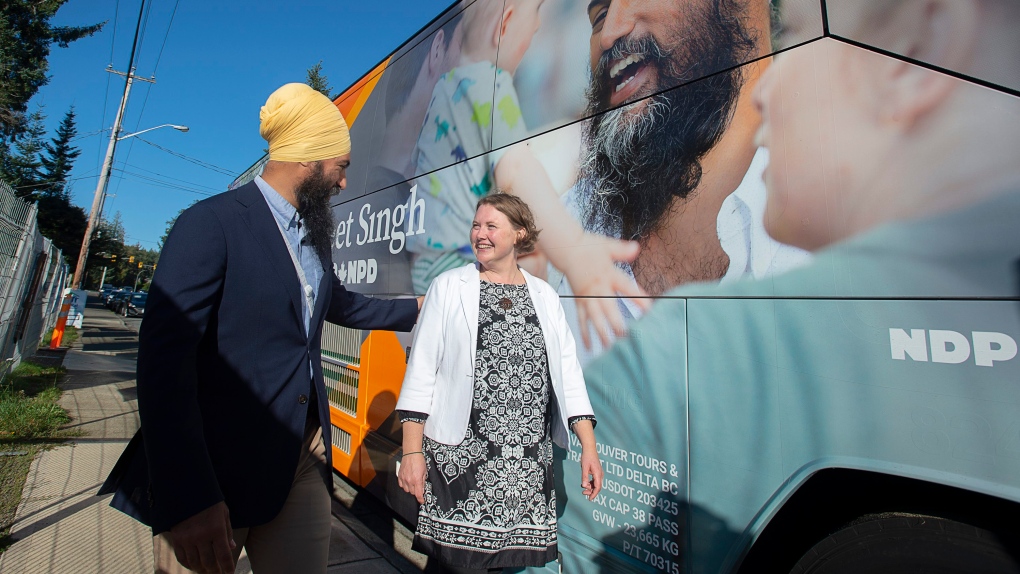 VICTORIA -- NDP Leader Jagmeet Singh has tapped two MPs from British Columbia to lead his caucus' behind-the-scenes negotiations and work in the House of Commons.

Peter Julian has been re-appointed as the NDP House leader and Rachel Blaney will take on the role of party whip.

This will mark the fifth time Julian has been the NDP's House leader in Parliament, while Blaney served as deputy whip for just over a year prior to the election.

The role of House leader takes on added significance in a minority Parliament. They are responsible for negotiating with other parties on how work will get done in the Commons, including on confidence votes.

The Trudeau Liberals will have to work with at least one other party to ensure their government doesn't topple, and those negotiations will be brokered between House leaders.

The whip is responsible for caucus discipline and plays a key role in the administrative functions of party MPs in the Commons.

Singh says he wanted steady hands to help lead his party's work in the minority Parliament.

"Peter is among the most experienced and committed caucus members we have, and Rachel has earned the respect of people in and out of our caucus," Singh said.

"I will be relying on both of them in these important leadership roles as New Democrats work to deliver for Canadians in this minority Parliament."

Singh announced the two appointments while speaking at the B.C. NDP convention in Victoria, noting the strength of the NDP team in British Columbia, the only province being led by an NDP premier under the John Horgan government.

The party says other members of the NDP shadow cabinet will be announced in the coming days.

This report by The Canadian Press was first published Nov. 23, 2019.