Tunnel to North Van? Here are 5 options from a feasibility study for rapid transit to the North Shore

The list was revealed Tuesday by the provincial government, and described as "potential crossing options" only.

The study will be considered as part of a long-term plan led by TransLink and the local mayors' council, as the groups look at options for high-capacity transit across the Burrard Inlet.

The options outlined in the study are as follows:

Read more on the study in this document posted by the province.

The Brockton Point and First Narrows options would involve an expansion from Burrard SkyTrain Station. Trains would travel from the downtown Expo Line station, and reach the North Shore not far east or west of the Lions Gate Bridge.

This plan would connect Park Royal and Lions Gate Village to Capilano Mall and Central Lonsdale, the study says. 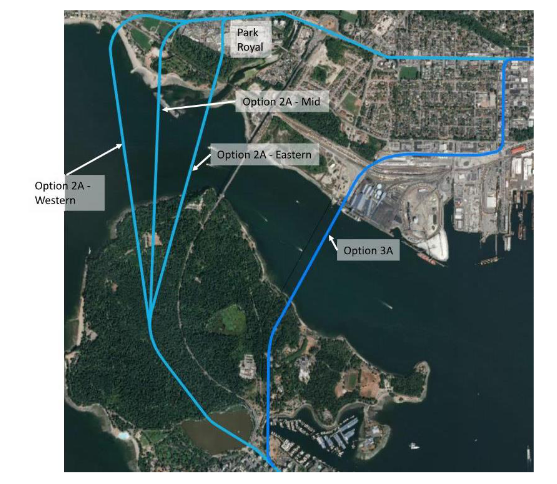 The downtown-to-Lonsdale option would connect Waterfront Station to the Lonsdale Quay, and on to Park Royal. The tunnel would go directly across the deepest part of the inlet, the study says.

This connection may involve the rebuild of Yaletown-Roundhouse Station, allowing for a link to Burrard. 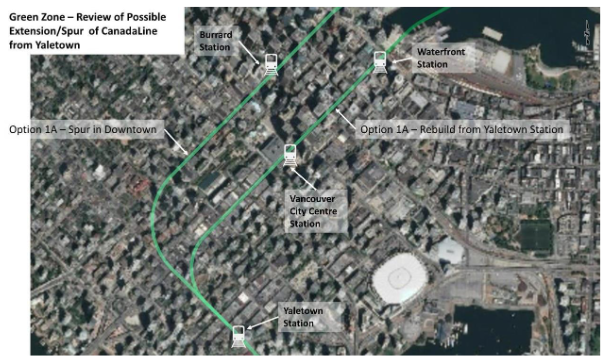 Lastly, the new bridge options may involve connections to Brentwood and the Millennium or Expo lines, as well as the Phibbs Exchange. 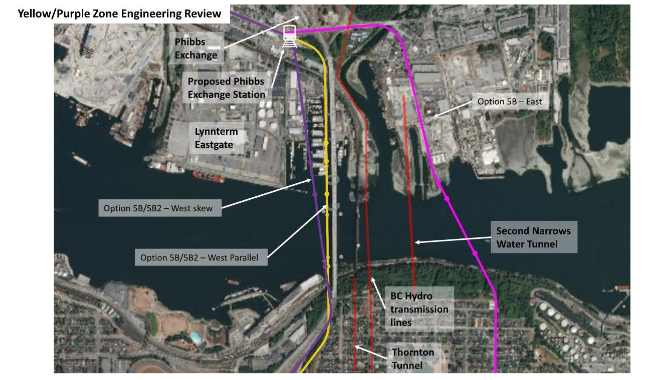 Earlier in the process, suggestions had been made to use the existing Ironworkers Memorial Bridge at Second Narrows, but the report advises against that option detailed in March.

Next steps outlined by Mott MacDonald in the report are looking specifically into what each route would look like, and conducting further assessments to understand the risks and benefits.

The report suggests gathering feedback from BC Hydro, CN Rail and Transport Canada, as well as municipal officials and the local port authority.