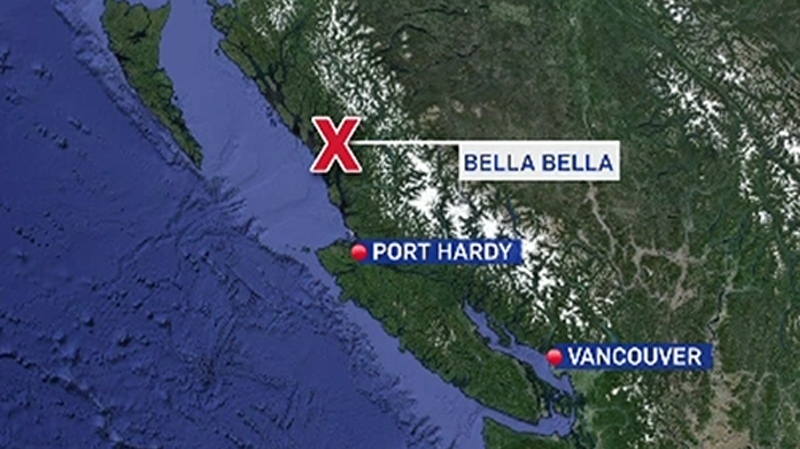 Four men were injured when their float plane crashed during takeoff in St. John Harbour near Bella Bella, B.C. July 11, 2014.

The agency in charge of investigating aircraft accidents is interviewing witnesses who saw a float plane crash near Bella Bella on B.C.'s central coast.

Bill Yearwood of the Transportation Safety Board says the cause of the crash has not been determined.

Four B.C. residents on board the plane were rescued from the water and taken to hospital.

Yearwood says the board will conduct interviews until next week and then decide whether a full investigation is necessary.

The float plane crashed during takeoff in St. John Harbour.

Two people escaped with minor injuries while two others were treated for serious but non-life-threatening injuries.