Trap set for bear that swatted at hiker removed from B.C. trail 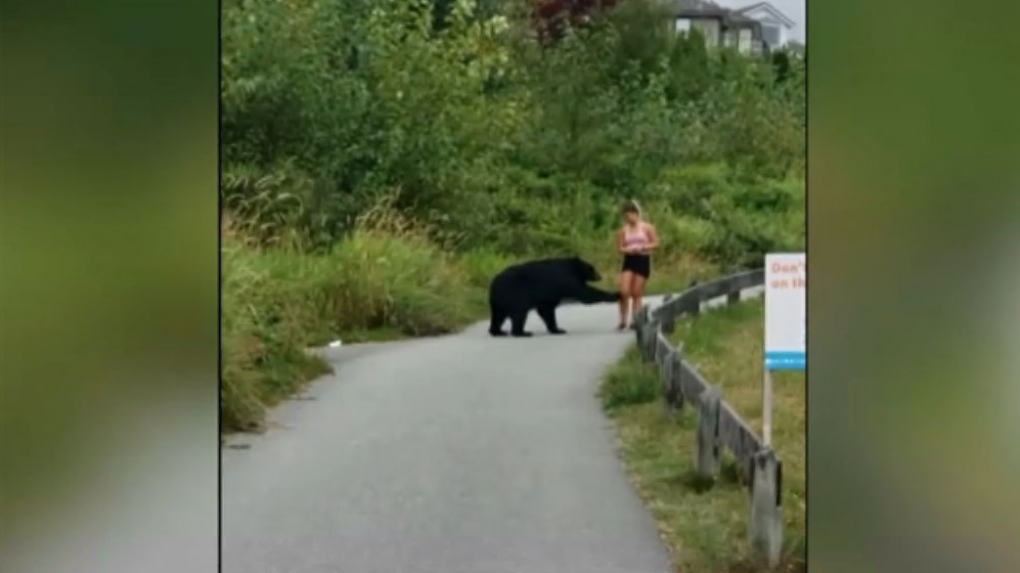 Conservation officers have closed the upper portion of a popular Coquitlam trail after a black bear approached a hiker and took a quick swing at her leg.

VANCOUVER -- A trap set to catch a bear caught on camera swatting at a woman has been removed from the popular B.C. trail, officials say.

In an update posted on Facebook, the B.C. Conservation Officer Service said Thursday the trap has been taken away from the Coquitlam Crunch.

The trail was closed following the incident over the weekend, and the trap was at the site for five days.

Some, including the woman who was swatted at, feared the bear would be euthanized if caught, and issued public pleas to spare its life.

But the bear wasn't captured, BCCOS said. The service said the trap was removed for a variety of reasons including that no reports of bear sightings have been made near the trap.

The trail will remain closed at least until Tuesday, BCCOS wrote, and conservation officers will be monitoring the area.

The death of another bear, captured in North Vancouver, sparked outrage this week from some residents of the area.

The bear, whom they'd named "Plum," was killed in the Deep Cove area after a 911 call was made about the bruin.