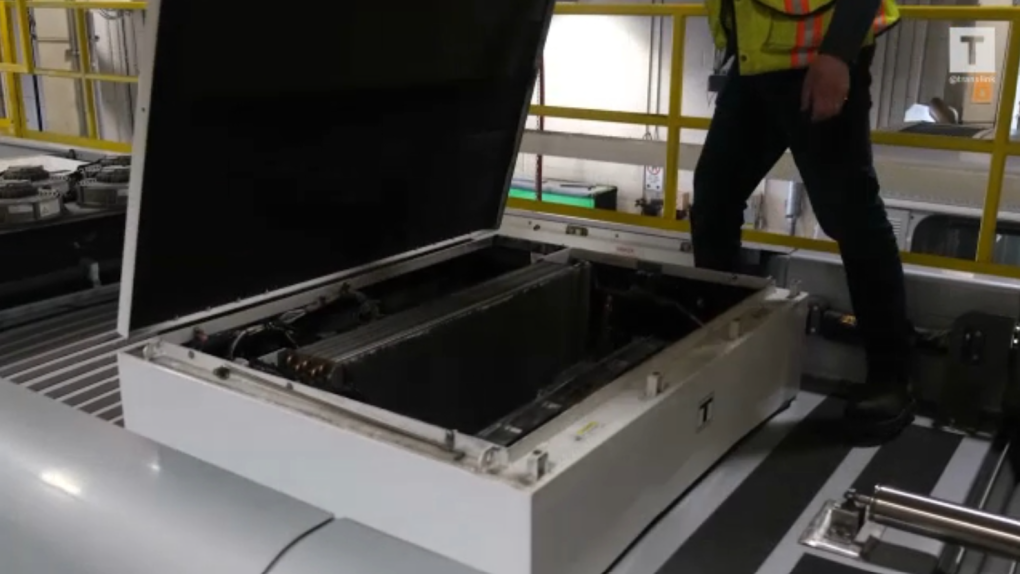 A TransLink worker shows the PCO system on a bus. (TransLink)

Beginning Saturday, TransLink will be testing a technology called photocatalytic oxidation, or PCO, on three of its vehicles.

Two double-decker buses and one 60-foot articulated bus will be equipped with the technology, which circulates low levels of hydrogen peroxide through the air to kill pathogens, such as viruses.

"The technology, which has been tested for safe exposure levels, is already used in other sectors such as the hotel and restaurant industries," TransLink said in a news release.

The PCO process occurs in the vehicles' heating, ventilation and air conditioning systems, and will not be visible to passengers, according to the transit agency.

Passengers "may notice a subtle clean scent," and all three buses will have "clear signage" indicating that PCO is happening on board, TransLink said.

“TransLink is continually looking at new and innovative technology to keep our customers on transit as safe as possible,” said Michael McDaniel, president of the Coast Mountain Bus Company, which operates most TransLink buses, in the release.

“We are optimistic that (PCO) will have a positive impact on our system," he added.

The pilot project is scheduled to last for one month. After the testing period, TransLink says it will analyze the data gathered and "determine if the technology meets the criteria for wider implementation."

It's not the first sanitization pilot project the agency has pursued. On Thursday, TransLink announced the results of another project testing the effectiveness of using self-disinfecting copper coatings on high-touch surfaces on buses and SkyTrain.

That study concluded that "select copper products on transit are durable and kill up to 99.9 per cent of all bacteria within one hour of the bacteria’s contact with the surface."

The copper project is now being expanded to more vehicles throughout TransLink's bus and SkyTrain networks.