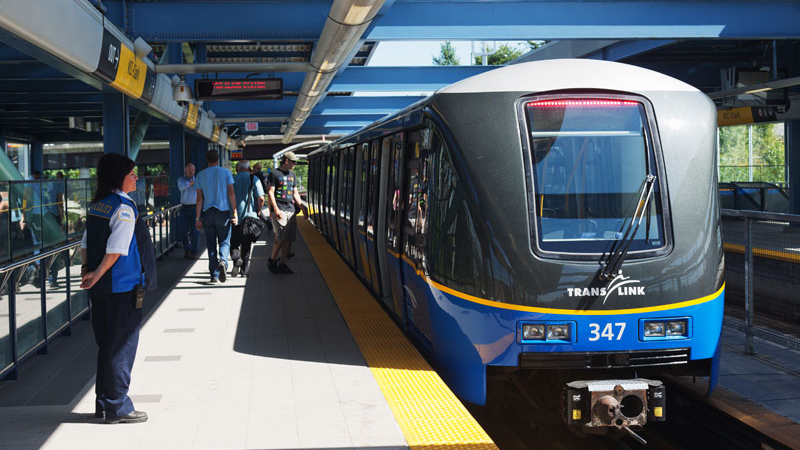 The new routes would better connect North Vancouver and the River District to SkyTrain lines.

The first proposed bus route would see a bus loop around the River District, through Champlain Heights to Matheson Crescent, then along Boundary Road and Willingdon Avenue to Metrotown. The bus would run every 30 minutes from the morning until 10 p.m.

TransLink says they're proposing this route because of the increased residential and commercial development around the River District. It also says customers have been requesting improved access to the Expo Line. 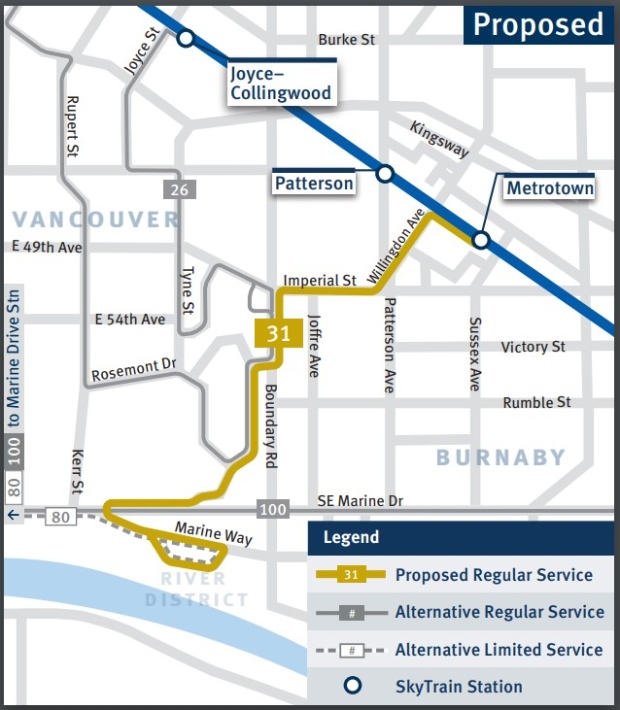 TransLink says the new route would improve transit for about 25,000 people, 4,000 of whom don't currently have easy access to transit.

TransLink is also proposing a new express route between Phibbs Exchange in North Vancouver to Metrotown. That route would travel over the Second Narrows Bridge, along Hastings Street, then along Willingdon Avenue to the mall.

The proposed route would run every 10 minutes, but would only operate during peak morning and afternoon periods along limited stops. The proposed stops include:

TransLink says it hopes this new route would improve travel time and connections between the North Shore and the SkyTrain system. It also says there has been overcrowding on transit along the Willingdon corridor and the express bus could help provide relief at some of the busiest stops.

According to TransLink, nearly two-thirds of passengers on the 130 bus route – which travels between Capilano University and Metrotown – board at one of the stops proposed in the bus route.

Next week, TransLink is hosting an information session about the proposed routes. It'll be at the River District Neighbourhood Centre on Wednesday, Nov. 6 from 4 to 7 p.m.

As well, residents can give their feedback through an online survey. The survey, which specifically seeks input on the two proposed routes, launched Monday and runs until Nov. 11.