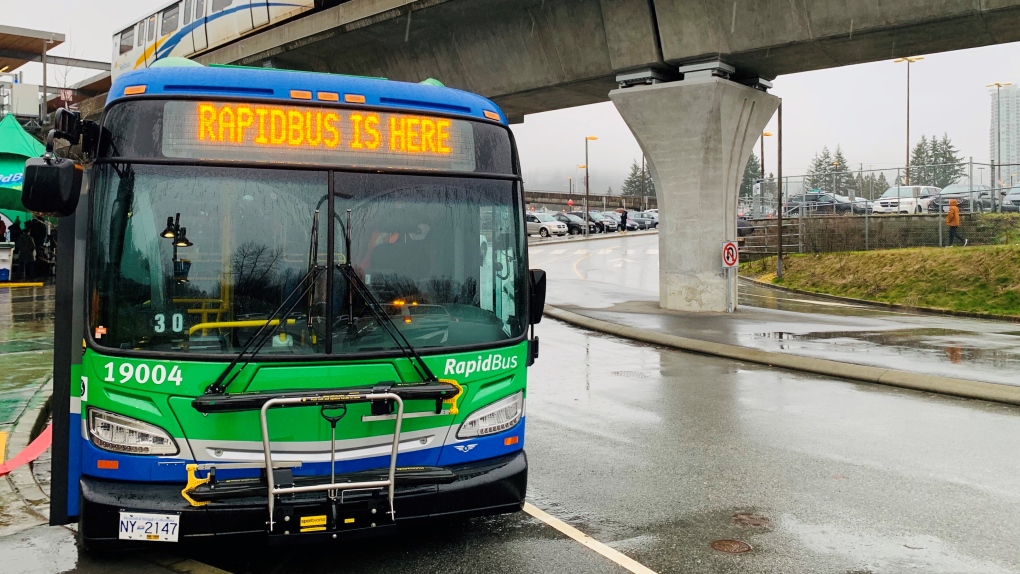 The routes are expected to offer up to 20 per cent faster service for transit users. (TransLink)

Four routes will now offer RapidBus service, TransLink says, which is expected to bring customers up to 20 per cent faster service. To achieve that, buses on those routes will run more frequently but stop less often, use dedicated bus lanes and have all-door boarding.

"We're stepping up our bus game," said TransLink CEO Kevin Desmond in a news release. "RapidBus is a crucial part of improving the region's bus service through the Mayors' Vision. These RapidBus routes will benefit eight communities and bring our customers a more reliable bus service that they deserve."

The buses are expected to have softer seats, more space, real-time digital signage and audio next-bus information at RapidBus stops.

The four routes, which launched Monday, include:

"These new RapidBuses will get more people to their destination faster. That means people in communities like Surrey, Maple Ridge, Coquitlam and other communities served by these lines can spend less time in traffic and more time doing the things that matter to them," said Selina Robinson, municipal affairs and housing minister, in a news release.

"These RapidBuses are just one example of how our shared commitment to transit is making a difference for people in the region."

TransLink says a fifth route, the R2 between Phibbs Exchange and Park Royal on the North Shore, will also enter service this spring. Seven more routes are expected to launch at a later date.