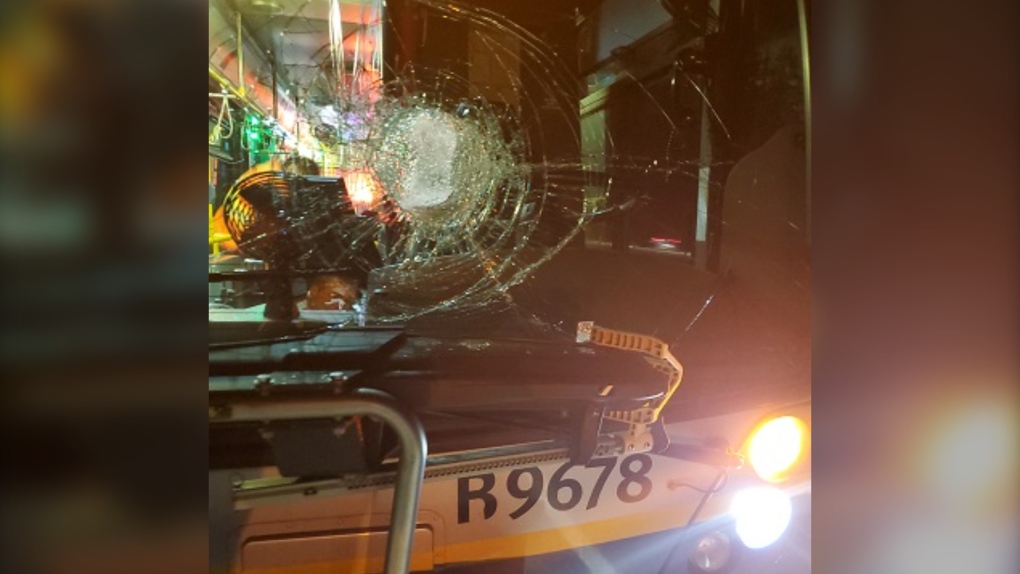 Mounties in Surrey say a transit bus was struck by a rock thrown from a pedestrian overpass onto Highway 99. (RCMP handout)

Mounties in Surrey say several vehicles – including a bus and semi-trucks – were damaged after rocks were reportedly thrown from a pedestrian overpass onto a highway.

In a statement Friday morning, police said they're investigating "several dangerous incidents" on Highway 99. According to Mounties, several vehicles were damaged by rocks thrown from the overpass, including a transit bus. In one case, a rock the size of a baseball was found, police said.

"These incidents are very concerning. Throwing objects off of the overpass has the potential to cause serious or even fatal injuries to the occupants of vehicles," Cpl. Vanessa Munn said in a news release.

"We are asking anyone with information to contact police. If you reside in the area please check your residential cameras and be sure to report all suspicious activity to police."

Mounties said the rocks were thrown from an overpass between 32 Avenue and the King George Boulevard exits of Highway 99.

Anyone with information or dash cam video of the incidents is asked to call Surrey RCMP at 604-599-0502.

An Amber Alert has been issued after police say a two-year-old boy was abducted by his mother from downtown Calgary Thursday afternoon.