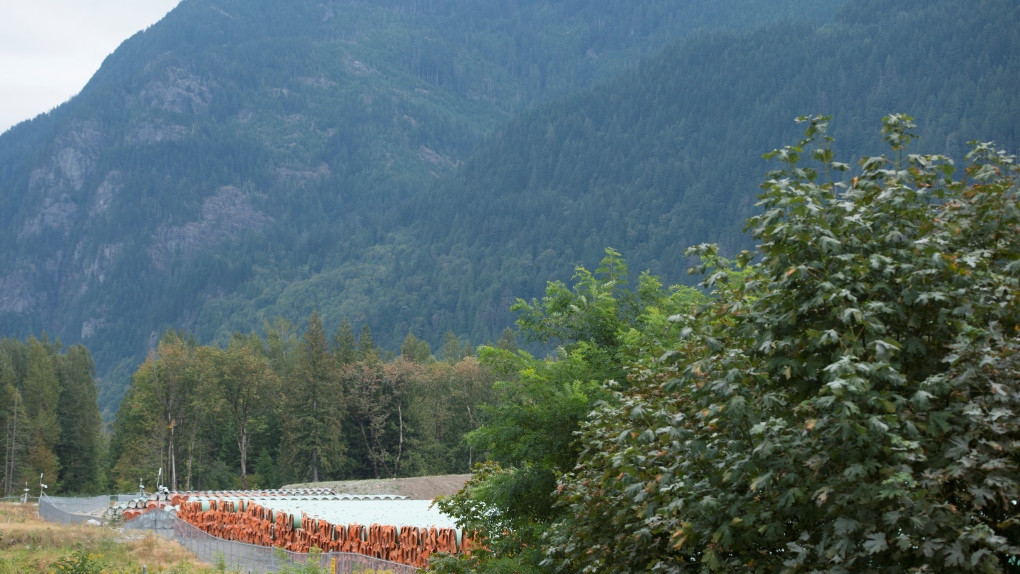 Pipes for the Trans Mountain pipeline project are seen at a storage facility near Hope, B.C., Tuesday, Sept. 1, 2020. (Jonathan Hayward / THE CANADIAN PRESS)

CALGARY -- Federal government-owned Trans Mountain is asking the Canada Energy Regulator to keep secret the identities of the companies that provide insurance coverage for its pipeline system because of fears environmental activists will target them.

In a submission dated Monday, the company that operates the Trans Mountain pipeline and its expansion project says there is evidence that “certain parties” are using filings in the regulator's database to identify insurers and pressure them to drop their policies for the pipeline.

The filings come days after Indigenous youth in Vancouver blocked the entrances of buildings housing insurance companies to demand they stop insuring the pipeline, resulting in four arrests.

Trans Mountain says it saw a significant reduction in available insurance capacity in 2020 and, when it found partial replacement policies, it had to pay a significantly higher cost.

In 2019, a coalition of 32 environmental and Indigenous groups said they had sent letters to 27 insurance companies demanding they drop coverage of the Trans Mountain pipeline or refuse to provide policies for the expansion project, including lead liability insurer Zurich Insurance Group, based in Switzerland.

The coalition said Zurich had intended to continue its coverage of Trans Mountain, but the pipeline confirmed last July that Zurich had decided not to renew the policies.