Trans Mountain pipeline drill: Are we ready for a major oil spill? 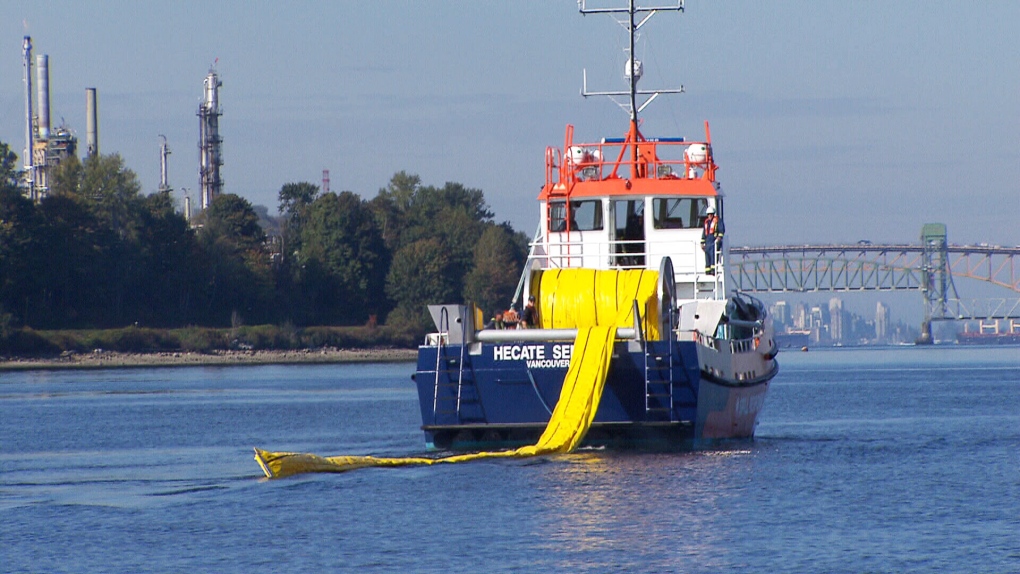 One of the major concerns shared by the public and local politicians when it comes to the Trans Mountain pipeline expansion is what will happen in event of a spill.

On Wednesday, crews trained for exactly that.

The scenario used in a drill required by the National Energy Board was a pipeline has burst, spilling 160,000 litres of bitumen into the Burrard Inlet.

The test was how quickly the spill would be contained, and how long it would take to clean up.

Skimmers, high-tech ships and infrared equipment that allows crews to work all night were part of the large drill which takes place every three years.

While the drill is routine, this year, Trans Mountain was well aware it's at the centre of a provocative economic and environmental debate.

"I think there's been a lot of interest in our operations growing over the past few years, with our expansion project, so this is an opportunity for people to come and see how we operate," Trans Mountain's Michael Davies said.

The company must prove it can do better than the team working in July 2007, when a backhoe ruptured the pipeline that carries crude oil to the Westridge Marine Terminal in Burnaby. Oil shot several metres into the air, spilling onto the street below and seeping into storm drains that led to the Inlet. Black waves washed ashore as crews rushed to remove the debris from the water.

Trans Mountain must also show the public it can respond better than when fuel spilled from a bulk carrier cargo ship into English Bay in April 2015. Charges were laid against the owners of the vessel in 2017.

With the pipeline being twinned, six new response stations are planned. The stations, which will be equipped with 40 new vessels and 120 personel, come with a $150 million price tag.

The largest of the stations would be built in Nanaimo and Vancouver. (See map below.)

"That would be our own facility with our own moorage and we would be running that 24/7, just like a fire hall," said Michael Lowry of the Western Canada Marine Response Organization.

Trans Mountain says response time in the Burrard Inlet would be cut in half, down to just six hours from as high as 72 in some areas.

The stations will only be built, however, if the pipeline expansion is approved. If it is, the stations will have to be up and running six months before they turn on the taps. 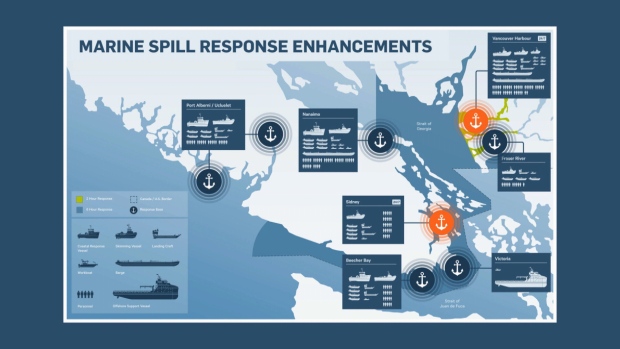