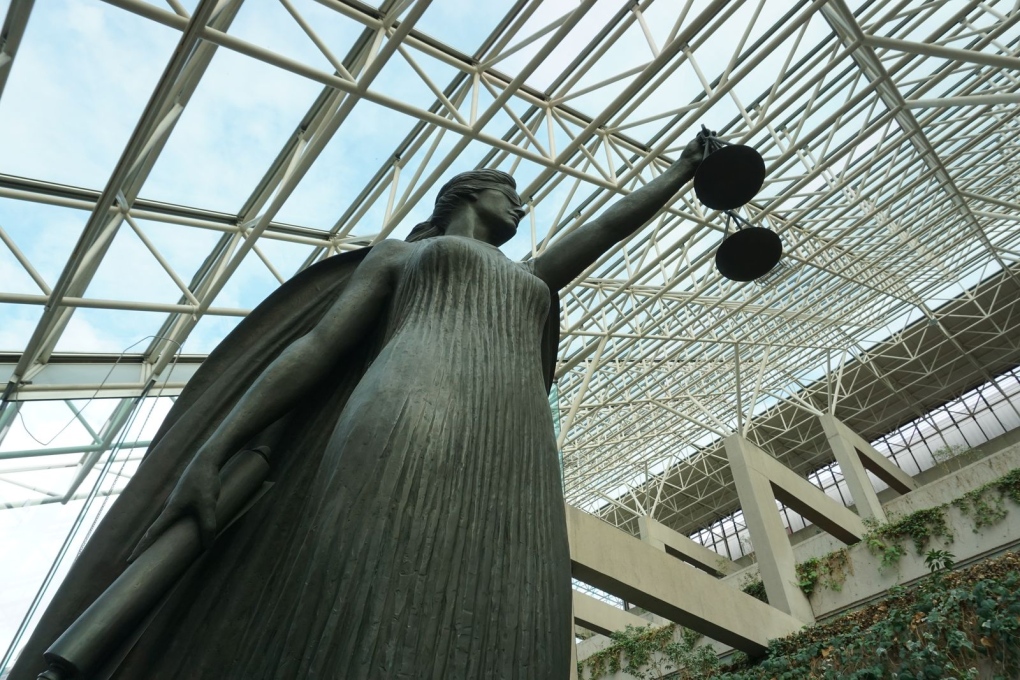 Warning: This story includes details of a violent crime that readers may find disturbing.

A B.C. man who killed his mother with an axe while she was sleeping has been found not criminally responsible due to "a persistent and severe mental illness," according to a B.C. Supreme Court judgment posted online Tuesday.

In his opening remarks, Justice Geoffrey Gomery described "tragic circumstances" of the case.

Kevin Webster was charged with second-degree murder in the 2020 slaying of his mother Moirin. The evidence, the judge said, was enough to prove Kevin's guilt beyond a reasonable doubt.

What was before the court was whether or not Kevin's mental illness prevented him from "knowing that his act of killing his mother with an axe was wrong, that is, whether it rendered him incapable of rationally perceiving and choosing whether or not to kill her," the judge wrote.

In the years, months, and days leading up to the fatal attack, Kevin's schizophrenia caused him to experience extreme paranoia and psychosis – including delusions that he was "at risk at the hands of his family," according to the court documents.

VICTIM ADVOCATED FOR HER SON

The court also noted that Moirin had been Kevin's "strongest advocate," trying persistently and desperately to get him help.

A letter Moirin wrote when he was admitted to a residential treatment program in 2019 "articulately and presciently anticipated the danger that he posed to himself and to others," the judge said.

A lengthy excerpt from the letter follows.

"My greatest concern is that during this time while he is in active psychosis the paranoia which creates such fear and anxiety in Kevin, if allowed to continue unsupervised will result in the possibility of his taking actions into his own hands to alleviate this continual mental anguish by either a) harming himself, and/or b), harming the object of his fear and anxiety, namely the person he feels is stalking/following him and/or c) harming a member of the family he holds responsible for taking the contract out on him to kill him in order to gain access to his inheritance," it reads.

"God forbid that anyone in the above scenario should come to any kind of harm. It would not only be tragic, but would be another blow to the stigma and fear associated with poor mental health, schizophrenia most of all."

The month before Moirin was killed, Kevin was discharged from the treatment program and sent to a shelter.

Three weeks before the attack he was involuntarily admitted to a psychiatric ward where he stayed for seven days. After his release, he moved in with his mother.

Two days before he killed his mother, he went to the hospital three times, "asking to speak with the psychiatrist who was supervising his care or, on the third occasion, any doctor," the court decision says.

But he left without seeing a physician.

THE DISCOVERY OF THE BODY

"The facts of the attack are not in dispute," writes Gomery, before describing the details.

On Dec. 27, 2020, police were called to a home in Gibsons They found Kevin at the front door on the phone with a 911 dispatcher and "detained him" before entering the house.

"Inside, in a second-floor bedroom, they found Mrs. Webster’s body, lying on her left side in a bed," the court heard.

"It was immediately obvious to the officers that Mrs. Webster was dead. She had suffered grievous wounds to the head and there was blood on the bed and spattered on the wall beside the bed. A bloody axe lay on the pillow beside her."

Kevin was the only other person in the home at the time, according to the agreed upon facts of the case. On the phone with 911, he said "someone" had attacked his mom with an axe.

"Later, in response to a direct question, he said that he had attacked her," the court decision says.

He was arrested and charged with second-degree murder. In an interview with police, he said he had "smashed" his mother over the head with an axe several times.

In finding Kevin guilty beyond a reasonable doubt, the judge said his 911 call included details only the killer would have known, and that there was no evidence anyone else had been in the house at the time.

When determining whether or not Kevin was criminally responsible for Moirin's death, Gomery weighed expert analysis, Kevin's documented psychiatric history, and the statements given to police. These included multiple and contradictory explanations for what he did and why.

"I accept that Mr. Webster’s thinking when he attacked his mother was psychotically driven. It was grounded in an entrenched paranoid belief that he was the target of a murderous conspiracy," the judge wrote.

"What is striking is that it was also uncertain and ambivalent. In simple terms, Mr. Webster did not know what to think."

Ultimately, the judge found that Kevin's mental disorder has "so disrupted his thinking" that he was not capable of making a rational decision or of understanding that killing his mother was wrong.

Webster will remain in a forensic psychiatric hospital for at least 45 days, at which time the judge's decision will be reviewed.

"Mr. Webster, members of the family, I wish all of you the best in the years to come as you continue to deal with persistent mental illness and the aftermath of the awful events I have described," Gomery concluded.