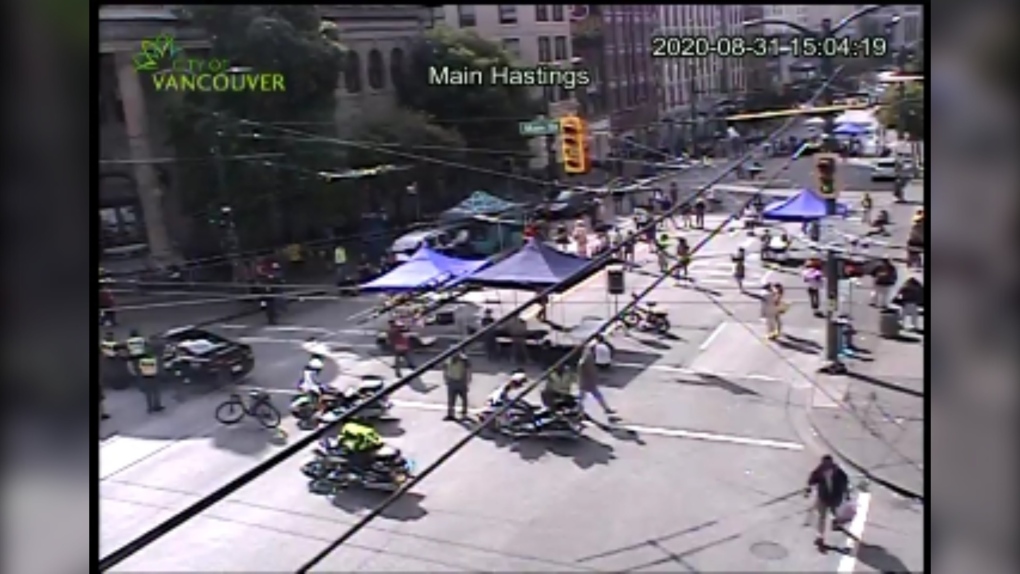 Tents set up at Main and Hastings streets, blocking access to traffic. (City of Vancouver)

Vancouver police posted to Twitter about the traffic interruption at about 2:30 p.m., saying the intersection is closed due to a protest.

"Please find an alternate route and stay tuned for updates," the post says.

The rally, organized by the Coalition of Peers Dismantling the Drug War, is billed as a festival with free music and karaoke. Attendees are asked to wear a mask and keep a physical distance from others.

In a Facebook event, the group calls for defunding of police services, an expansion of safe supply programs and for the Controlled Drugs and Substances Act to be repealed.

According to the event listing, the rally is expected to continue until 7 p.m.

Last week, the province announced another 175 deaths related to suspected drug toxicity were recorded in July, marking B.C.'s third month in a row with more than 170 drug overdose deaths.