Top bid $112 for electric streetcar being auctioned off in Vancouver

Top bid $112 for electric streetcar being auctioned off in Vancouver 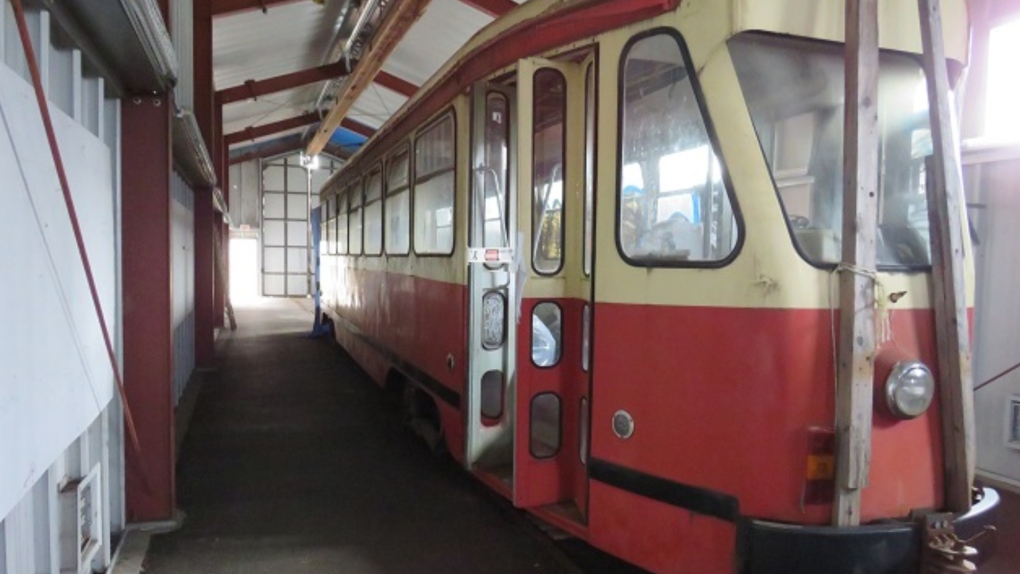 An aging streetcar is seen in an image from the B.C. Auction website.

A decades-old electric streetcar is up for auction in Vancouver, and the top bid as of Friday morning was just $112.

While the low pricetag might sound enticing for some, the streetcar does come with a few strings attached – no pun intended.

The listing on the B.C. Auction website notes the vehicle is not in working condition, with some parts missing, and has visible damage on the exterior and interior. The streetcar also contains asbestos, according to a hazardous materials report attached to the post.

Retrieving the streetcar could pose a significant challenge as well: "Railway tracks may require preparation prior to removal including additional gravel provided by the winning bidder to bring the loading area to grade," the listing reads.

The purchaser will also need to arrange for "a switchman to operate the switch."

The Belgian government donated the streetcar to the Transit Museum Society around the year 2000, according to Matthew Laird, who was with the organization at the time.

Okay...this is car 4 from Brussels, a former work car converted back to have windows, it was donated by the Belgian govt to to Transit Museum Society. I was at the meeting with the Belgian Consul at Five Sails where the arrangement was made over drinks around 2000. pic.twitter.com/zg6CUGEbGx

Laird posted about the auction on Twitter this week, writing that the streetcar was at one point intended for use in Vancouver's Downtown Historic Railway, which ran between Olympic Village and Granville Island.

That railway was scuttled in 2011, and the streetcar never made it into operation – even though approximately $20,000 was spent "having UBC students build a new controller for it," Laird wrote.

"Now it's being disposed of because it's partially restored with nowhere to run it," he added.

The auction closes on August 29 at 8 p.m., according to the B.C. Auction website.

Drivers across Canada were bracing for a big bump in the price at the pumps today, with whispers of a 10-cent hike. But according to CAA's gas price tracker, as of 4 a.m., the national average price of gas rose from nearly $1.62 per litre to nearly $1.64.

Teenage chess grandmaster Hans Niemann 'likely cheated' in more than 100 online matches, including ones with prize money involved, according to an investigation by one of the sport's most popular websites.

Russian President Vladimir Putin has signed laws formally absorbing four Ukrainian regions into Russia, even as its military struggles to control the territory that was illegally annexed.