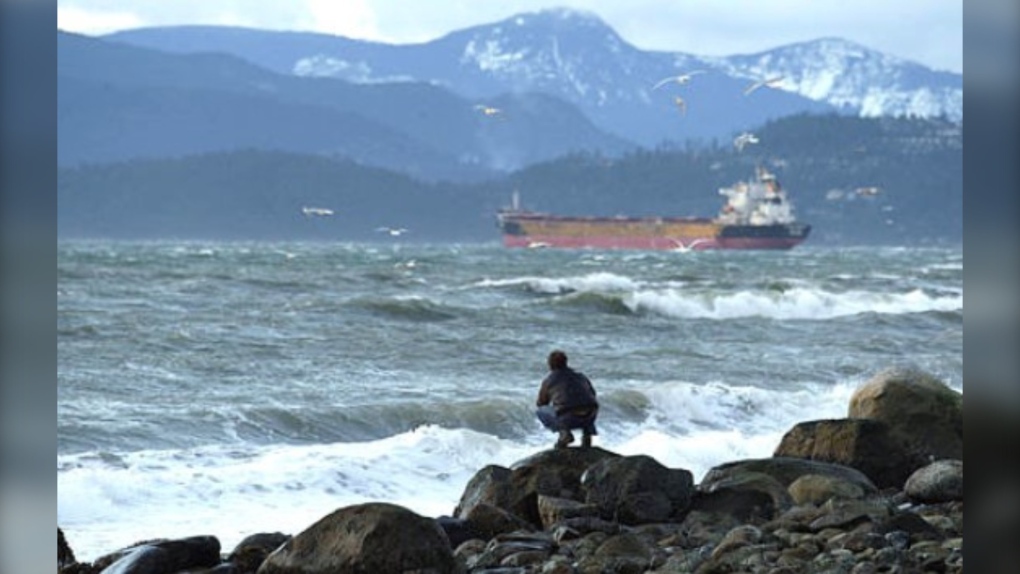 A man gets a close up view of the crashing waves along the Stanley Park Seawall during a windstorm in Vancouver, B.C. (CP / Richard Lam)

VANCOUVER -- British Columbia's main electrical supplier says homeowners are not ready for the upcoming winter storm season even though many households report they weathered COVID-19-related closures and shortages earlier this year.

A survey commissioned by BC Hydro finds 20 per cent of homeowners believe they are prepared for an extended power outage because they laid in supplies such as toilet paper, hand sanitizer and groceries.

But the online survey of 803 B.C. residents conducted in early October says more than half lack an emergency kit or a plan, meaning households are “stocked up, but unprepared” to ride out a major storm.

The Crown utility says its data show there has been a 117 per cent increase in storms that it has responded to over the past several years, rising from 52 in 2014 to an average of 113 in each of the last three years.

Hydro is urging residents to create a kit including batteries, warm clothes and food enough to last at least 72 hours.

“This storm season is unique because the COVID-19 pandemic is adding extra pressure on BC Hydro and its customers,” the report says.

A plan is more important than ever because the option of staying warm at a mall, movie theatre or other public place is less appealing during the pandemic, says the report.

It found half of British Columbians would not leave home this winter, almost 20 per cent said they would stay in the dark for at least 48 hours before even considering it, while 90 per cent believe power would be restored within 24 hours of a major storm.

Regionally, 30 per cent of all Lower Mainland residents admit to taking no steps to ready for a loss of electricity, although the Hydro survey shows those in Northern B.C. and on Vancouver Island were the most likely to have experienced outages over the last year and are the most prepared for the upcoming season.

The best defence is preparedness, says the Hydro statement.

The utility has published directions on its website of dos and don'ts during outages that includes everything from a list of the contents of an emergency kit to what to do if live wires are nearby and how to keep the food in your freezer safe for up to 48 hours.