Toddler's headstone determined to be 'sample product' from funeral home 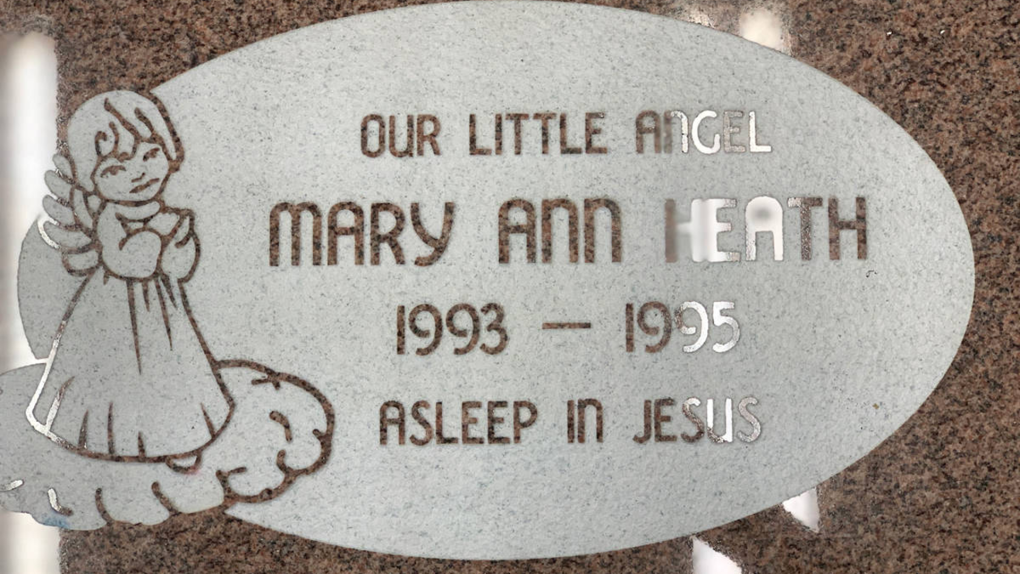 VANCOUVER -- Police have determined a toddler's headstone that was recovered last month in Penticton, B.C. is actually a "sample product" that belongs to a funeral home.

Authorities released a picture of the grave marker this week in the hopes that someone would be able to connect them with the rightful owners.

The headstone indicates it was made for one Mary Ann Heath who died in 1995 – but on Tuesday, police confirmed it was "not an actual person's headstone."

The funeral home said the sample had been stolen from its property.