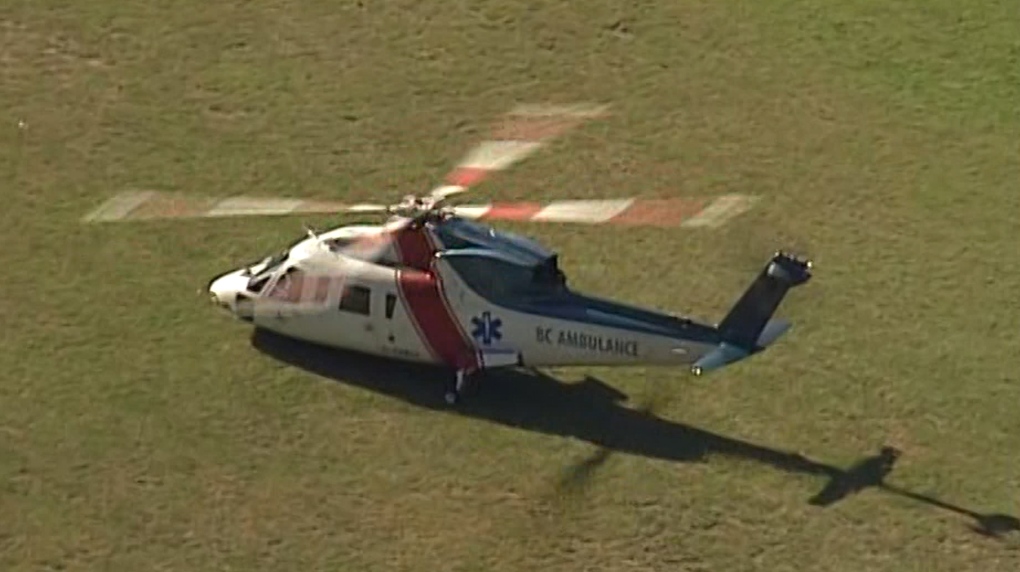 An air ambulance is seen after a child fell into a swimming pool in Chilliwack on June 13, 2019.

A young girl who was taken to hospital in critical condition after falling into a swimming pool in Chilliwack last week has died, authorities say.

The details of the incident remain unclear, but the BC Ambulance Service confirmed on Thursday that a patient was airlifted to hospital at around 6 p.m. that day after nearly a dozen first responders showed up to a remote property on Osborne Road.

The BC Coroners Service confirmed it was investigating the toddler's death on Tuesday.

Mounties in the Fraser Valley have also said they're investigating.

Authorities have not released any other details about the deceased.