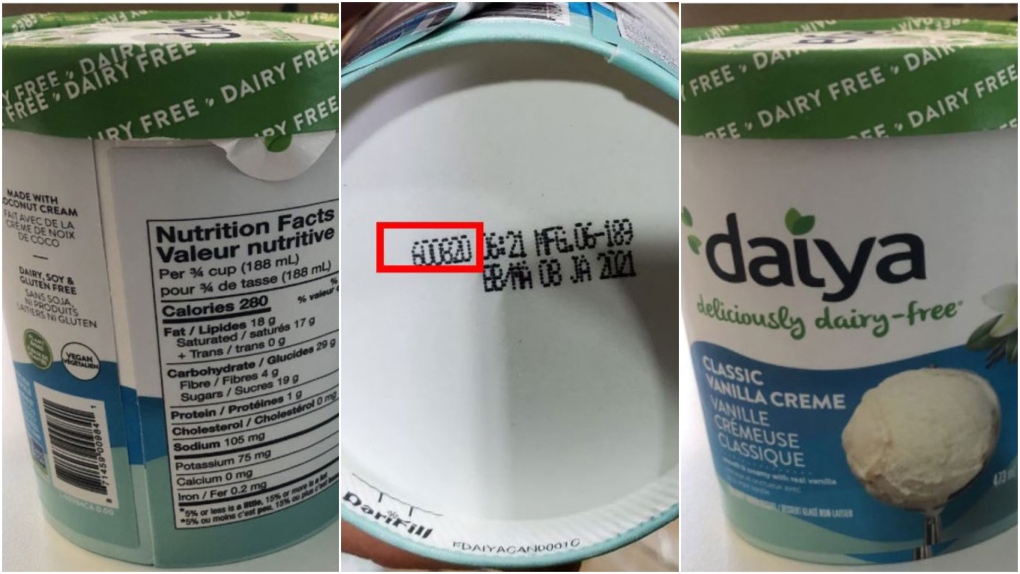 VANCOUVER -- A product sold in in several provinces in Canada has been recalled because it contains an ingredient the label specifically says is left out.

Daiya Foods Inc. recalled one flavour of its non-dairy ice cream-type product after it was found to include dairy.

Milk was detected in its Classic Vanilla Creme Non-Dairy Frozen Dessert, a notification from the Canadian Food Inspection Agency says.

The company itself triggered the recall, the CFIA says, but inspectors are investigating and further products may be recalled in the future.

Initially, it was issued just in B.C. and Alberta, but health officials have since said it was also sold in Manitoba and Saskatchewan, and possibly elsewhere in Canada.

Consumers are asked to throw it out or return it to the store where it was purchased.

No one has reported getting sick from the recalled product, the CFIA alert says.

Read more on food allergy symptoms and get answers to questions including "What is the difference between a milk allergy and lactose intolerance?" on the agency's website.