This new Netflix series was entirely filmed and produced in B.C. 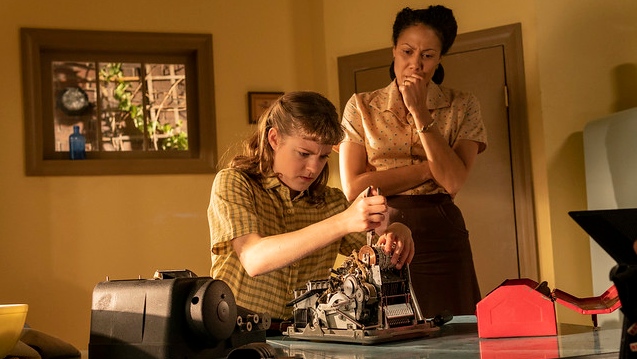 The Bletchley Circle was filmed and produced in B.C. (Colin Bentley photo)

While those catching Netflix's new series "The Bletchley Circle: San Francisco" will notice the storyline is set in the Golden Gate City, the scenes might be a little more familiar.

In fact, the entire production is entirely B.C.-owned and controlled and, with the exception of two British actors, all the cast, writers, directors and on-set crew members are from B.C.

The series follows the story of women who were part of wartime codebreaking in the U.K. Two "Bletchley Circle" sleuths travel to San Francisco and join American and Canadian code breakers to solve a mystery.

"'Bletchley Circle' is an inspiring example of a high-profile dramatic series developed and produced by a local B.C.-owned company," said Lisa Beare, minister of tourism, arts and culture in a news release.

"I'm thrilled they chose a studio in my community of Maple Ridge to film the series, and the world will get to see B.C. right in their homes."

Along with outdoor scenes from across the province, Langley and New Westminster, much of the production was done in John Wittmayer's film studio in Maple Ridge.

"We tend to cater to local, Canadian productions and so we were thrilled to host 'Bletchley Circle,'" Wittmayer said.

"That’s what is so exciting about running a film studio. The space can transform right before your eyes. On 'Bletchley Circle,' it was amazing to observe how the production designers go through the creative process of building a believably vintage world."

His studio, Ridge Studios, has been used for TV movies, feature films and three TV series.

"Maple Ridge continues to be a very film-friendly destination, and we're pleased to provide a comfortable, cost-effective studio space for film projects shooting in the Lower Mainland," Wittmayer said.

"B.C. has a lot to offer, especially when it comes to telling our own stories," said Brian Hamilton, an executive producer at Omnifilm Entertainment. "Not only was the entire crew from B.C., but revenue from worldwide sales of the series comes back to B.C. and is reinvested in creating local jobs and opportunities."