This is what Vancouver's PNE looked like 100 years ago 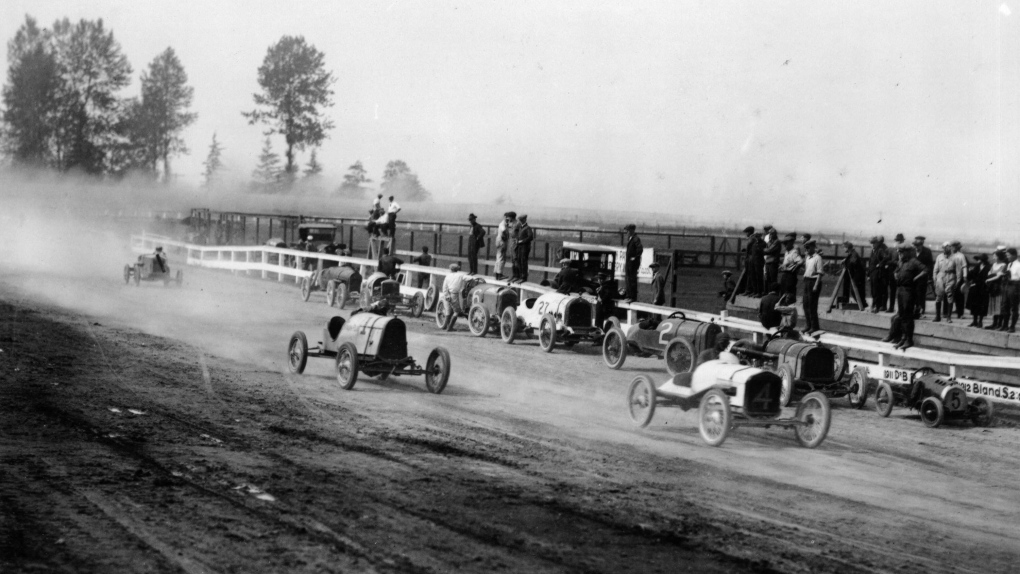 An image from the City of Vancouver Archives believed to be from 1919 shows auto racing at the PNE.

The first Pacific National Exhibition began in 1910, and was opened by then-prime minister Wilfrid Laurier.

The fair, which became an annual event in Vancouver, was initially called the Industrial Exhibition. It was meant to showcase B.C. to the rest of Canada and the world, those behind the fair today say. 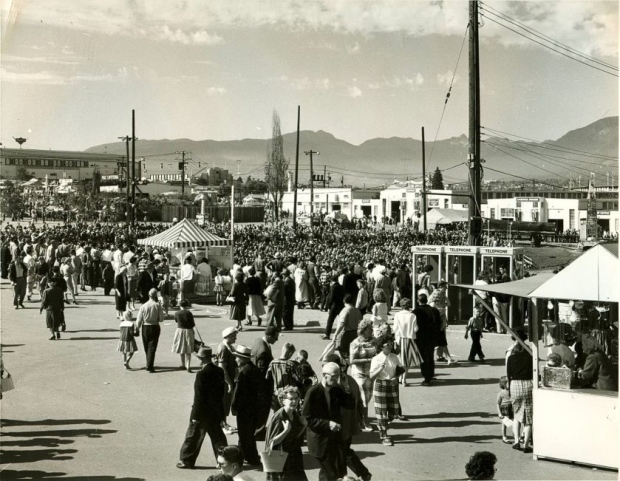 Photo from the Pacific National Exhibition

At the time, it was the second largest in North America, surpassed only by the New York State Fair.

The exhibition that is now more than a century old morphed over time from an industry showcase to a place for families to try strange snacks, win prizes in games and prove their nerve on rides.

Photos below show the fair as it was. All images below are from the City of Vancouver Archives' Pacific National Exhibition fonds. 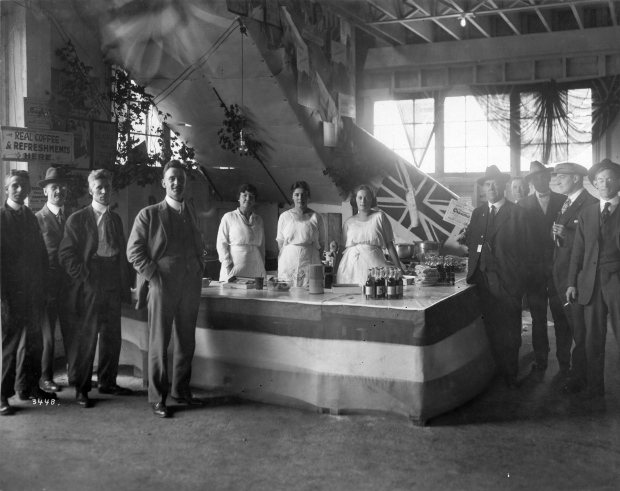 A group photo shows the exhibition refreshment room as it was in 1919. 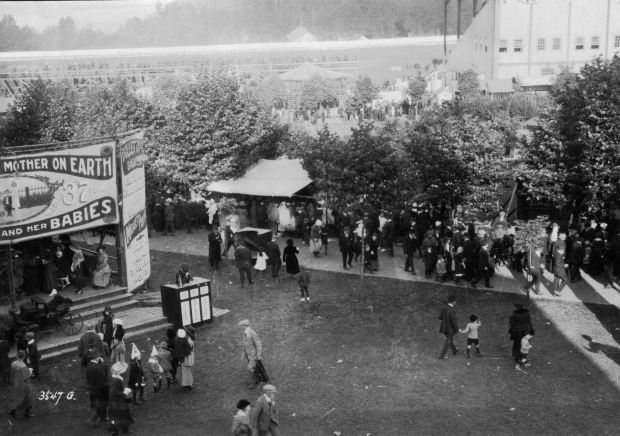 Attractions at the exhibition are shown in 1919.

Cattle are lined up for a livestock competition in this image from 1919. 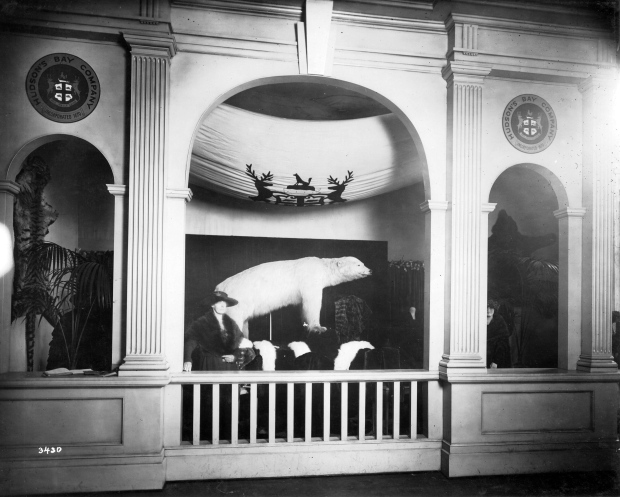 A display of furs from Hudson Bay is seen in 1919. 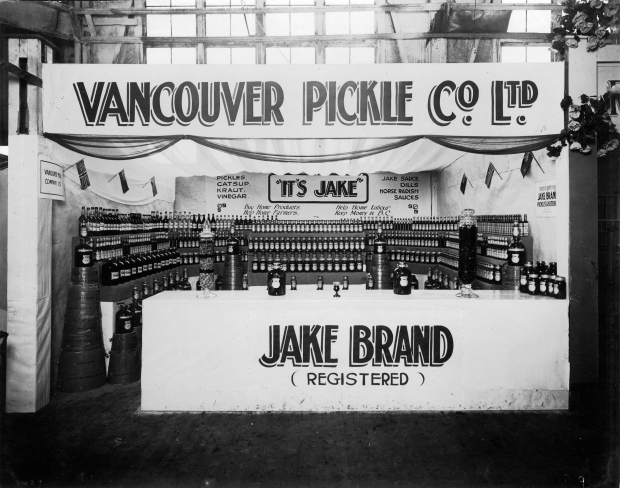 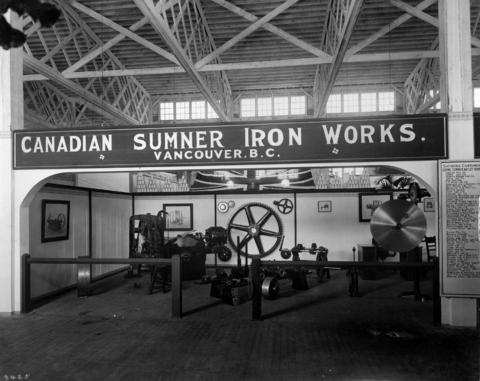 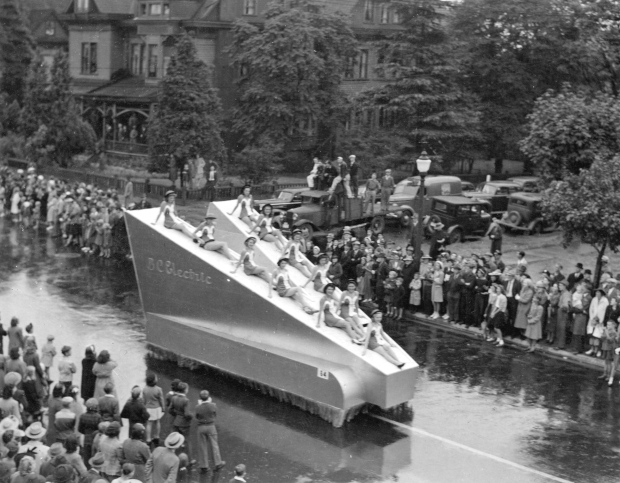 The B.C. Electric Parade float is pictured in 1941. 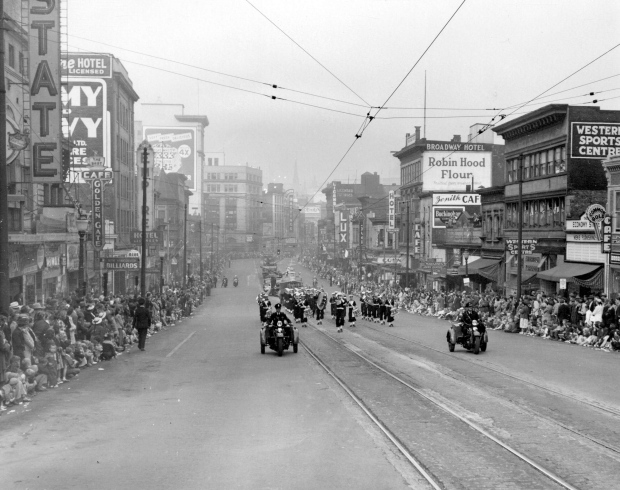 Vehicles and bands are seen in the 100 block of East Hastings Street during the opening day parade in 1949. 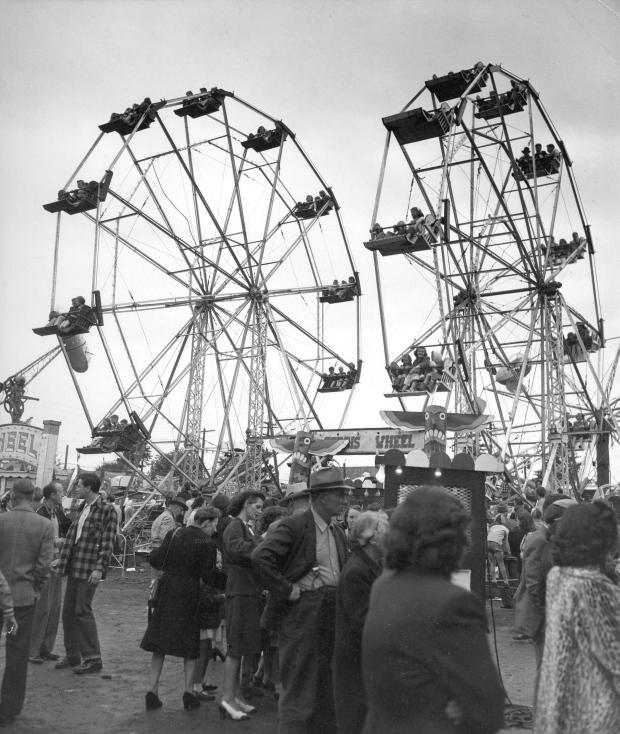 A crowd is dwarfed by two ferris wheels in a photo from around 1955.