Vancouver-area renters: Here's where it's cheapest, and where you'd pay the most

Vancouver-area renters: Here's where it's cheapest, and where you'd pay the most 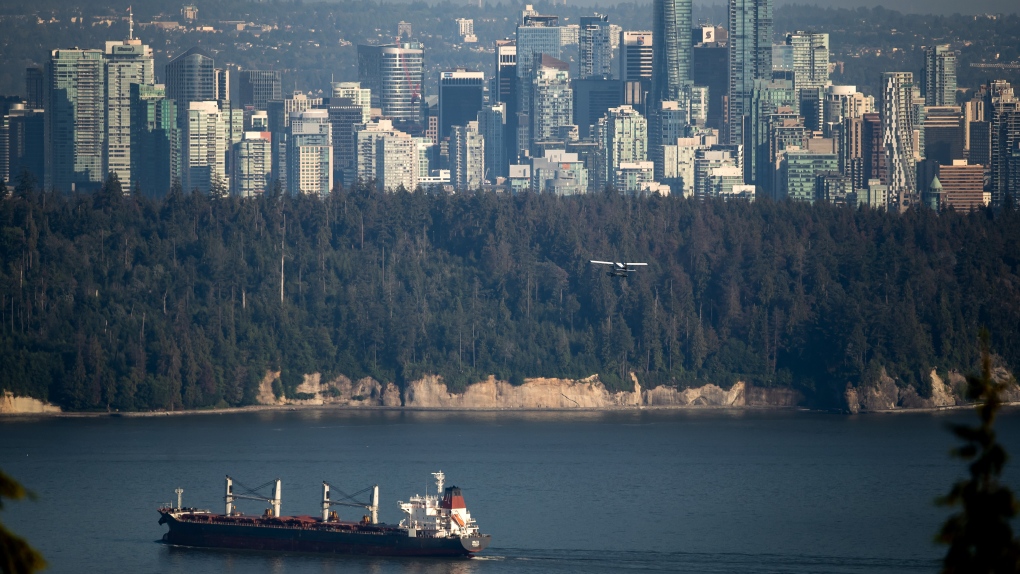 A bulk carrier cargo ship travels into port as a Harbour Air seaplane flies towards Stanley Park and the downtown skyline, in Vancouver, on Wednesday, July 27, 2022. THE CANADIAN PRESS/Darryl Dyck

It's no surprise to renters and would-be renters that it costs a lot to live in the Vancouver area, but a recent report suggests there are some spots where tenants pay a bit less.

An August report from listings site liv.rent suggests the best places for those willing to consider other municipalities.

According to the data, the average one-bedroom in the city of Vancouver is now going for about $2,500 per month. It's steep, especially compared to Langley, where the average is $782 less.

Surrey, too, is much cheaper, while landlords in West Vancouver are on average asking for more.

According to liv.rent, the average one-bedroom in West Van is $2,621. This number is based on listings for August rentals, not an average of what existing renters are paying, so those who've been living in the municipality for some time would be paying less.

The latest average actually puts West Vancouver ahead of all Canadian municipalities when it comes to most expensive rent. Vancouver, of course, is in second, followed by Richmond and then Toronto, liv.rent says.

It's not much cheaper to live in New Westminster or Burnaby, where the August averages are $2,124 and $2,092, according to liv.rent's listings data.

A renter moving into a one-bedroom in Surrey should expect a monthly price of $1,740, while Langley landlords are asking an average of $1,716.

Liv.rent also looked at the averages for two- and three-bedroom rentals, and what tenants should expect to pay for furnished accommodations. 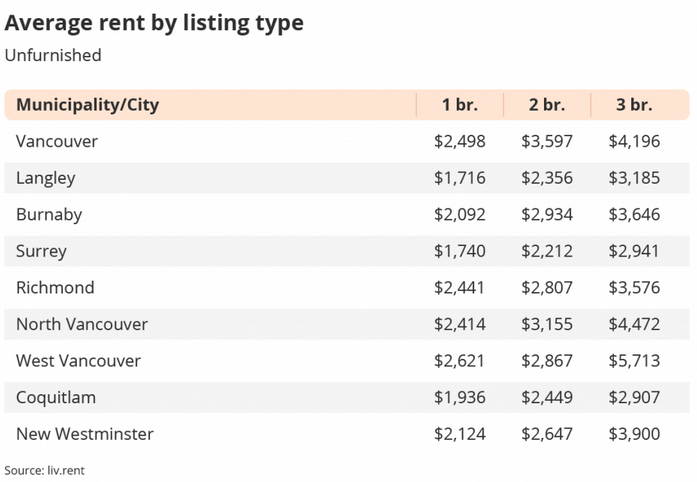 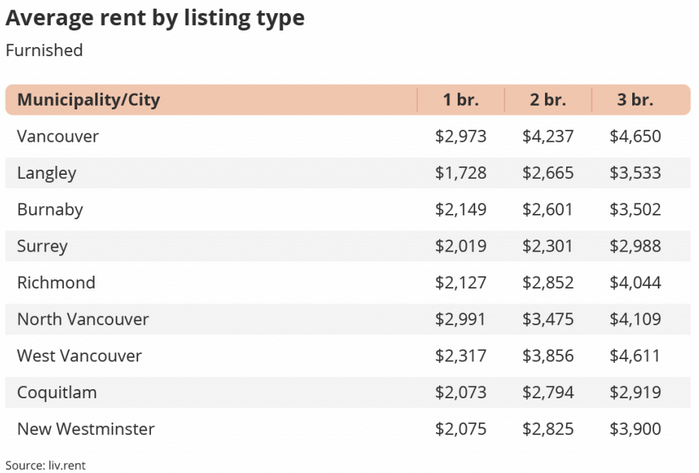 Those with their hearts set on living in Vancouver should expect a range in price too, depending on which neighbourhood they choose.

Unsurprisingly, downtown is among the most expensive neighbourhoods in Vancouver, at an average monthly rate of $2,743. Mount Pleasant actually costs a dollar more per month though, based on the data.

According to liv.rent, would-be tenants looking to pay a bit less should look for apartments in Renfrew, Shaughnessy and Arbutus.

Those with a higher budget should consider Kitsilano, Fairview and Point Grey/UBC. 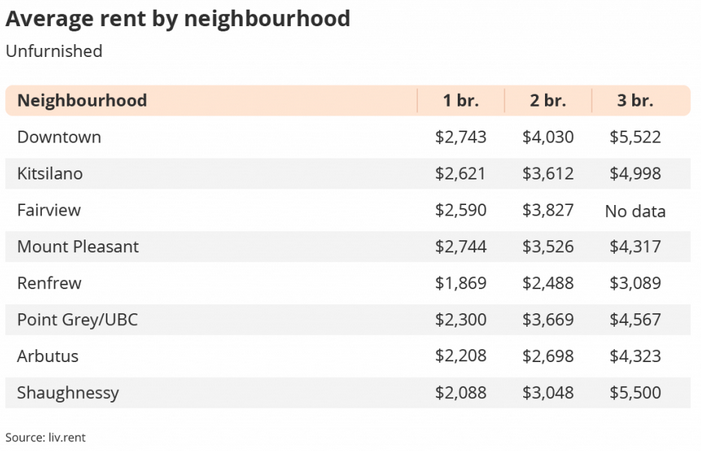