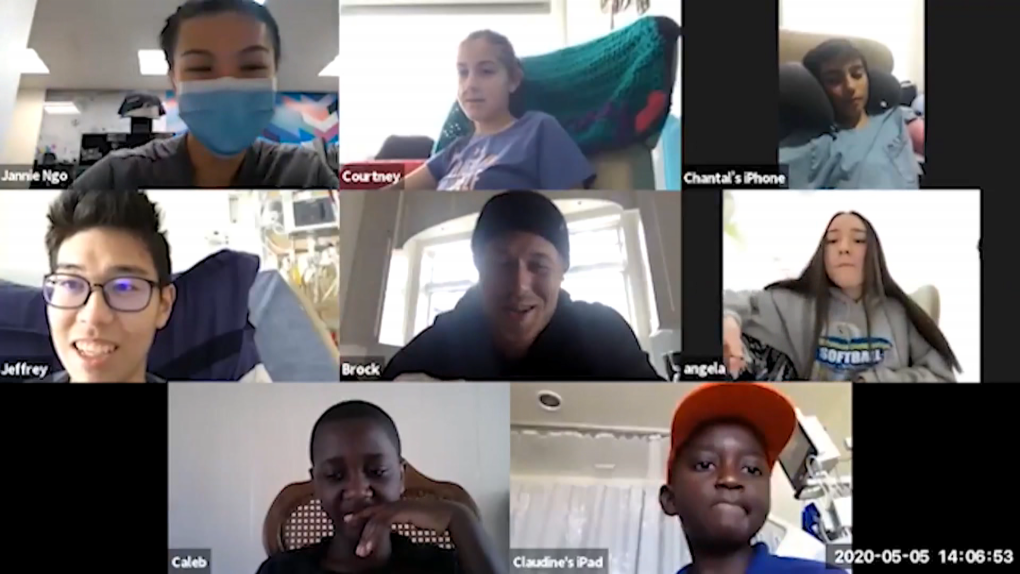 Brock Boeser, centre, is seen with a group of kids during a virtual visit to BC Children's Hospital.

VANCOUVER -- A group of kids being treated at a Vancouver hospital had a special visit recently, albeit virtually.

The Vancouver Canucks' Brock Boeser, and mascot Fin, spent some time with the young patients at BC Children's Hospital over video.

A three-minute clip shows the kids questioning the 23-year-old about everything from favourite sushi to his favourite teammate.

"If you didn't play hockey, what other sport would you play?" one boy asks.

Boeser says he played baseball growing up, but his answer was golf.

The boy behind the question says he prefers soccer.

The kids also asked if Boeser had ever been injured, and how he handled his recovery.

He tells them he had a lot of support from family and friends, and that helped him stay positive.

Boeser's dog makes an appearance during the call. Watch the video below.