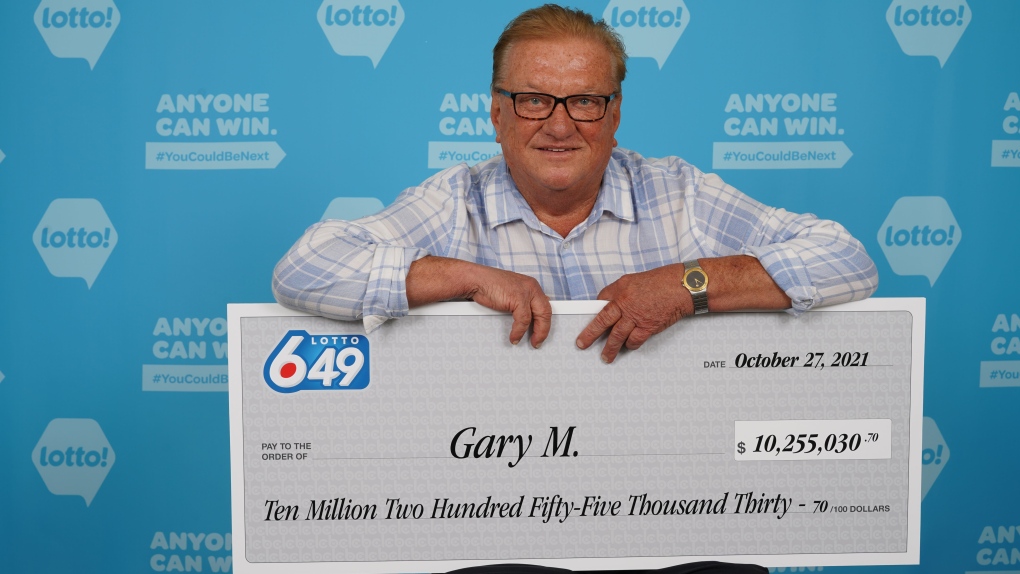 A West Vancouver man says he had to check his lotto ticket several times before he really believed he was $10.2 million richer.

Gary Muchula picked up a ticket for the Oct. 20 Lotto 6/49 draw from Park Royal's London Drugs. He later checked it at a gas station while getting a newspaper.

"I didn't have my glasses and I thought, 'That can’t be right,'" he said in a news release from the B.C. Lottery Corporation.

"I checked it three or four times and went up to the girl at the counter and said, 'I’m not sure, but I think I won the lottery!'"

Muchula quickly told his partner about the massive win, who thought at first he was kidding.

The BCLC first announced last week someone in the city had won the jackpot. Muchula was identified as the winner in an update Wednesday.

Muchula, who is a huge football fan, wants to use some of his winnings to attend a Super Bowl game. He also plans to spend some on a Christmas vacation in Barbados.

The West Vancouver resident isn't the only lucky British Columbian to win millions in a lotto jackpot in recent weeks.

On Sept. 28, Christine Lauzon decided at the spur-of-the-moment to buy a Lotto Max ticket while picking up a pack of peanuts at a Burnaby Shoppers Drug Mart. That decision made her $70 million richer after she won B.C.'s largest jackpot prize ever.

Meanwhile, a Prince Rupert woman won just under $5.8 million in a 6/49 draw on Oct. 6. Juanita Parnell split an $11.6-million prize with someone in Ontario.