Terry Fox replica shoe marked up and resold on eBay 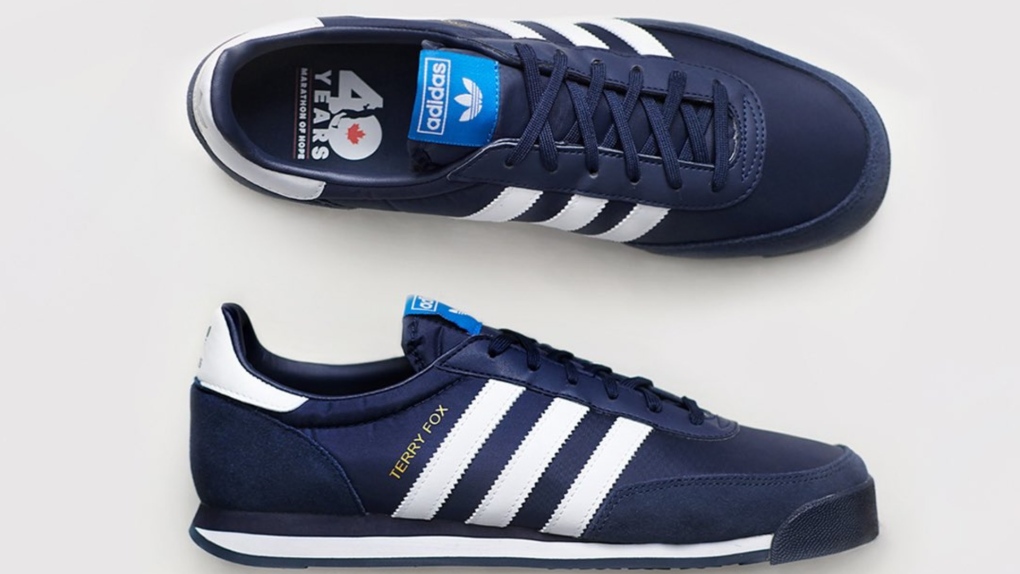 VANCOUVER -- Terry Fox's brother says he's not surprised the limited-edition Adidas shoes, themed for the 40th anniversary of Terry Fox's Marathon of Hope, were being marked up and resold on eBay.

The special release runners sold out online in a matter of minutes.

The blue sneakers were styled similarly to the classic, three-stripe runner worn by Fox during his famous marathon journey, and were advertised at $130 a pair. One hundred per cent of the proceeds are going to the Terry Fox Foundation and cancer research. Adidas Canada also created T-shirts for the anniversary.

When asked about the exorbitant markup of the shoes online, Fox's older brother, Fred, said "we knew that would happen and that’s just where we are today and people are able to do that and you can’t control that."

"We just hope that maybe some of the extra money folks are making on reselling the shoes that people would turn around and give it back to Terry Fox Foundation and cancer research."

Michael Rossi, president of Adidas Canada, told CTV News that the commemorative shoe, which had Terry Fox's name printed next to the three stripes, "sold out in minutes."

They went so fast, Fred wasn't even able to snag a pair.

"I guess I wasn’t as quick on the draw as I thought I was," he told CTV News Wednesday night.

With COVID-19 drawing a question mark around future events involving large numbers of people, this year's Terry Fox Run will be a virtual event. Registration for that is now open.