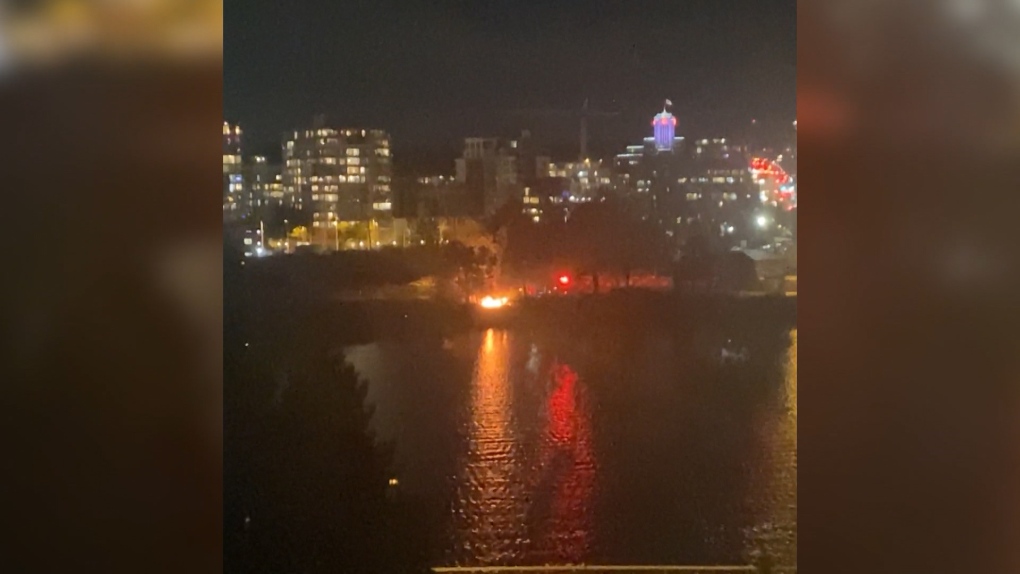 VANCOUVER -- A fire that broke out on Vancouver's seawall is believed to have started in a tent, officials say.

The fire happened at about 8:30 p.m. Wednesday on the stretch of seawall along False Creek, near the south end of the Cambie Street Bridge.

A fire truck had to drive on the bike path to get to the area, because no fire hydrants were nearby.

Fire officials say two people were inside the tent at the time and both left the scene once crews arrived. Nobody was injured, however.

A resident in a Davie Street high rise across the water reported the fire.